Beijing, Apr 27 (EFE).- To better its combat preparedness in case of a possible Chinese invasion, Taiwan will include “lessons learned from Ukraine” in its annual military exercises this year, a senior military commander said on Wednesday.

The military said the annual Han Kuang (Han Glory) exercises, first held in 1984, will be held in two stages in May and July on the island that China considers part of its territory to be annexed by force if needed.

The Russian invasion of Ukraine has elevated fears that China might attack Taiwan similarly and annex the smaller self-ruled democratic island.

Major-General Lin Wen-huang said his country was learning lessons from the Russian invasion of Ukraine.

Lin said the military would put the lessons into use during its largest military exercises, involving all branches of the armed forces to simulate defensive maneuvers in case of a Chinese attack on the island.

“The Defence Ministry is closely monitoring, researching, and analyzing the war between Russia and Ukraine as well as the Communist military’s movements,” Lin said, the Taiwanese news agency CNA reported.

“We will take reference of the lessons from the Russian-Ukrainian war to continue to improve our capabilities in asymmetric warfare, cognitive warfare, electronic warfare,” said Lin.

The head of the joint operations division of the military said the 38th edition of the Han Kuang exercises would also focus on testing the ability of the armed forces to mobilize reserve forces for an all-out defense readiness by incorporating civilians.

As with previous editions, the exercises will be held in two stages – wargame and live-fire drills.

The wargame phase will begin from May 16 to 20 to simulate the military’s defense tactics against all possible scenarios of a Chinese invasion, the Taiwanese news agency said.

Lin said, unlike previous editions, the wargame would use a tabletop map to simulate all possible actions China could take to invade Taiwan.

The exercises would also focus on eliminating invading forces at sea and along the coastline and integrating reservists, police, and civilian units like firefighters and volunteers “to ensure the whole country can unite to fend off an invasion,” he said.

Earlier this month, Taiwan’s defense ministry unveiled a national defense manual that instructs civilians on how to act in the event of war and possible disasters.

China has rejected any comparison between the war in Ukraine and the situation in Taiwan, which Beijing considers an internal issue and does not like foreign interference.

Tension in the Taiwan Strait intensified last year after numerous incursions by Chinese aircraft into what Taipei considers its Air Defense Identification Zone.

Taiwanese President Tsai Ing-wen has acknowledged that the United States has a military presence on the island “to train Taiwanese troops.” China described it as a “provocation.” EFE 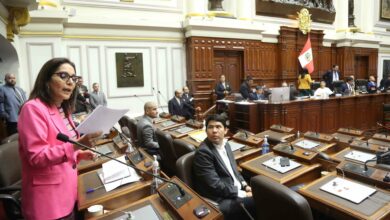