Kabul, Aug 10 (EFE).- The Taliban on Tuesday captured the western city of Farah, capital of the province of the same province, after days of heavy fighting, becoming the seventh provincial capital to fall to the insurgents in less than a week.

“Taliban today afternoon captured Farah provincial capital with security forces only resisting in the provincial directorate compound of the National Directorate of Security (NDS),” lawmaker Abdul Naser Farahi, who represents the Farah province in the lower house of the parliament, told EFE.

After intensifying attacks in recent days, the Taliban broke the security cordon around Farah around noon on Tuesday and entered the city.

“The governor house, provincial police Headquarters and some other government offices have been captured by the Taliban fighters,” Farahi said, although adding that government forces were still fighting and were gathered in the provincial army compound.

The Taliban also confirmed the capture of the city.

In the deserted city, fighting has forced the closure of all shops and businesses, while hundreds of families have been fleeing from one part of the capital to the other to try and save their lives.

Farah, which borders Iran, has a strategic important for both the official forces and the Taliban as it connects the Herat province with the southern part of the country.

Majority of the province’s districts had already been under Taliban control, but the capital had never completely fallen to the insurgents so far despite several attacks. 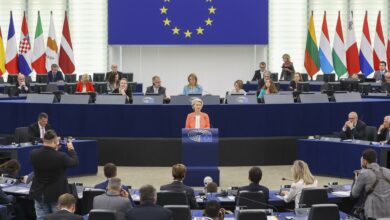