Kabul, May 20 (EFE).- Taliban fighters intensified their attacks in Afghanistan and captured Dawlat Shah in eastern Laghman province on Thursday, making it the first district to fall to the insurgents since the three-day ceasefire for Eid celebrations ended during the weekend.

Dawlat Shah fell to the Taliban around 7am after weeks of fighting between the security forces and the militants in the remote and mountainous district, which holds a strategic importance as it shares a border with Kapisa, Panjshir and Nuristan provinces.

Laghman Governor’s spokesperson Asadullah Dawlatzai told EFE “the security forces have retreated to nearby security bases” and have launched a counterattack to recapture the district center.

Dawlat Shah, located around 70km (43.5 miles) from the provincial capital of Mehtarlam, became the first of the five districts in Laghman to fall to the Taliban since 2001, increasing security concerns among the people of the province.

So far, there have been no reports of casualties from the area mainly due to poor communication and remoteness of the region.

“Enemy forces fled from Dawlat Shah district center, police headquarters and defensive check posts and these areas came under the control of the Mujahidins,” Taliban spokesperson Zabihullah Mujahid said in a statement.

Dawlat Shah became the first district in the country to fall to the Taliban after the Eid ceasefire ended on Sunday and both sides resumed their armed attacks against each other across the country.

Dawlat Shah is now the fifth district to be captured by the Taliban since the United States and NATO forces on May 1 began the final phase of their withdrawal from the country, which is expected to be completed by early September.

Fighting intensified considerably throughout the country, particularly in 17 of its 34 provinces, including Laghman, northern Baghlan and southwestern Helmand.

The highest civilian casualty was reported from Helmand province’s capital city of Lashkargah, where at least nine civilians were killed and two more were wounded in an explosion caused by a bomb planted by the Taliban.

“Women and children are among the casualties in the blast which took place at 7am,” Helmand Police spokesperson Muhammad Zaman told EFE.

The Defense Ministry claimed at least 176 Taliban fighters were killed and 112 others were wounded in counterattacks and airstrikes by the Afghan forces in the past 24 hours.

The ministry, however, did not provide information on the casualties among the Afghan security forces. EFE 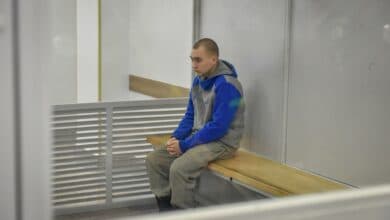