Kabul, Sep 8 (EFE).- The Taliban have launched a campaign to clear the streets of Kabul of beggars using a biometric registration system and penalties for repeat offenders.

Afghanistan has been immersed in a deep crisis since the Taliban came to power a little over a year ago. International aid ran dry and foreign accounts were frozen in a country that was already bearing the brunt of two decades of war.

Of Afghanistan’s 40 million people, some 19 million suffer from food insecurity, 6 million of which are at risk of famine, according to United Nations data.

Some 3 million children suffer from severe malnutrition, including around 1 million very serious cases, and eight out of ten Afghans drink contaminated water, which multiplies the risk of diseases.

The dire situation has forced millions onto the streets, but the Taliban is intent on clearing the country of beggars and has kicked off its initiative in the capital by registering people on the streets on a biometric system and handing out economic aid only to those that authorities deem in need.

According to data collected by the Taliban under the new project, the overwhelming majority of beggars are women and children.

Of the 3,048 people registered, 656 are children and 2,109 women, who have been relegated to their homes and in many cases been banned from working under the Islamist regime.

The committee leading the initiative also reported that only 958 of the registered beggars had been identified as truly in need of economic aid.

The Afghan Red Crescent Society (ARCS) will be responsible for delivering around $22 a month to some 2,000 low-income Afghans.

“Each eligible bagger will be paid 2,000 afghanis per family member every month which is a sufficient amount,” the spokesperson for the Afghan Red Crescent Society, Irfanullah Sharafzoy, told Efe.

The Red Crescent is planning on rolling out the system to the rest of the country, where drought and floods have ravaged crops this year.

“We have a plan to extend this process for all the provinces” of the country, and offer the same amount of money to beggars to get them off the streets, Sharafzoy added.

Mohammad Rahim and his 5-year-old son Tariq beg every day in the capital’s Shahr-e Naw neighborhood to try to raise enough to feed the eight members of their family.

Rahim says he could feed his family and stop begging on around 15,000 afghanis a month. He currently collects up to 300 afghanis a day after spending “day and night on the streets.”

But despite being registered for a week and having been identified as “eligible” for aid, he still hasn’t received his monthly allowance.

“I worry if in the future I don’t receive the money on time. I have no other way (to earn money) other than begging, and I have a family and children to feed,” he told Efe.

Thirteen-year-old Milad was denied aid despite having nine family members including a disabled father.

“I don’t know why they said I am not eligible to receive the payment if the reason is that I have an older brother, he is not able to support us alone so I have to do something as well,” he told Efe.

But police have warned begging on the streets will be met with a stiff penalty.

“If both registered (eligible and ineligible) are caught begging again will be brought to the police district for advice if they keep repeating their file will be prepared and submitted to the court for receiving their punishment according to the court,” Khalid Zadran Kabul police spokesperson told EFE. 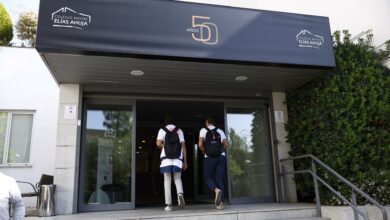 Beyond the veil, Iran’s women at the mercy of men