Kabul, Apr 7 (efe-epa).- The authorities in Afghanistan reported Wednesday the arrest of 11 Taliban members involved in a wave of targeted killings in the country, including one on the well-known Afghan journalist Yama Syawash in November in Kabul.

The arrests were possible thanks to “a tip from an informant and (it) enabled Kabul Police Department to identify, locate and apprehend an 11 member Taliban terror cell responsible for numerous bombings including murder of iconic Yama Siawash on November 7,” First Vice President Amrullah Saleh tweeted.

“Dozens of sticky bombs and Improvised Explosive Devices (IED) found in their caches” during the operation, according to Saleh.

Saleh’s spokesperson Razwan Murad told EFE that “most of these Taliban members were arrested in capital Kabul and only three were arrested from other provinces.”

The Interior Ministry is expected Thursday to present those arrested before the media and share detailed information about them.

“We have invited media community, human rights organizations, civil society activists and advocacy groups to see the files, interview the terrorists and fulfill the wish of the grieving families to expose the terrorist Taliban,” Saleh said in a statement.

The accused have also “confessed and taken responsibility of the assassination of Yama Syawash,” among other crimes, according to the first vice president.

Syawash, a news presenter for the popular Afghan channel Tolo TV, was killed along with two others following the explosion of a bomb attached to his car on Nov.7.

The news presenter is among the eight Afghan journalists killed in recent months in a series of targeted attacks in the country in recent months, and which has been attributed to the Taliban.

Besides journalists, members of the security forces, civil society activists, intellectuals, and religious leaders have been the victims of these attacks, which are carried out mainly in urban areas of the country.

These attacks began increasing a year ago after the Doha agreement between the Taliban and the United States, and accelerated further with the start of direct talks between the Afghan Government and the insurgents in September.

The Afghan government has blamed the Taliban for the attacks, but insurgents, who only accept responsibility for attacks on military targets, have repeatedly denied their involvement in the killing of civilians. EFE-EPA 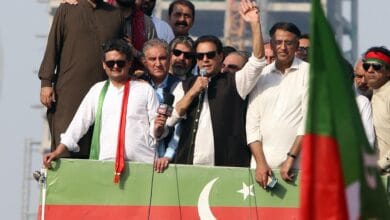 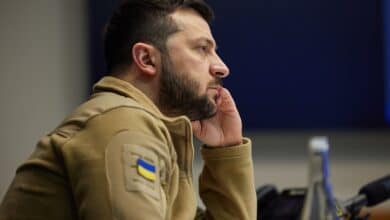 Zelenskyy rules out ​​ceding territories to Russia to achieve peace

Death and destruction in Kharkiv as war rumbles on nearby