Kabul, July 15 (EFE).- The Taliban have offered a three-month ceasefire in exchange for the release of 7,000 insurgent prisoners, the Afghan government said Thursday, amid sweeping territorial gains by the Islamist militia in the war-ravaged country.

Nader Nadery, an Afghan government negotiator, told reporters that the Taliban had presented them a three-month ceasefire.

“In return for the ceasefire, their 7,000 prisoners must be released and at the same time their names should be removed from United Nations sanction lists,” Nadery said.

He said one of the Taliban negotiators had made the offer to the government that did not reflect the official stance of the insurgent group.

Nadery said the demand was too big to be fulfilled.

He said the Afghans had “a difficult experience” after releasing 5,000 insurgent prisoners, set free last year after the February 2020 peace pact between the Taliban and the United States.

The government negotiator said the released Taliban prisoners intensified the war, referring to the return of the freed militants to the battlefields.

Nadery said the government was ready to release the jailed militants but has first sought Taliban assurances on “a fundamental political settlement” to end the conflict.

The government and the Taliban have made no breakthrough in the last ten months of intra-Afghan talks.

The efforts to restart the stalemated talks amid significant territorial gains by the Taliban after the US and NATO forces began pulling out from the country on May 1.

The Taliban have captured more than 130 district centers, particularly in northern Afghanistan. EFE 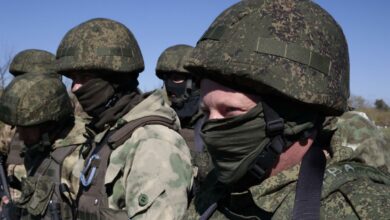