Kabul, Jan 31 (EFE).- The Taliban on Monday dismissed allegations that there have been over 100 extrajudicial killings of former state employees since the fundamentalists took power in Afghanistan in August.

In a report to the Security Council, the United Nations secretary-general Antonio Guterres said that the UN mission in Afghanistan “continues to receive credible allegations of killings, enforced disappearances and other violations against former officials, security force members, and people who worked for foreign troops in Afghanistan.”

Taliban spokesman Bilal Karimi told Efe that these were false accusations, adding that no permissions were given to kill or torture any member of the previous government.

“If this happened based on personal hatred we have investigated and the doer of the action received a penalty,” he explained.

Zabihullah Mujahid, the Taliban’s official spokesperson, wrote on Twitter that “the information of the UN Secretary-General’s that hundreds of members of the previous government were killed is not true.”

“No one is allowed to harm anyone” and the Islamic Emirate will punish the perpetrators,” he added.

According to the spokesman of the fundamentalists, “there is no permission to torture any member of the former government” and if any death is motivated “by personal hatred, we will investigate it and we will punish the perpetrator of the action”, he assured.

Since coming to power on August 15, the Taliban have repeatedly denied such extrajudicial killings and stressed that they had granted a general amnesty.

The international organization Human Rights Watch claimed in early January in its global report that, as the Taliban took control of the country, revenge killings of at least dozens of former officials and security forces personnel were carried out.

According to HRW, in one district of Ghazni province alone, fundamentalists killed at least 19 members of the security forces and 44 others were executed in southern Kandahar after the Taliban captured those territories. EFE 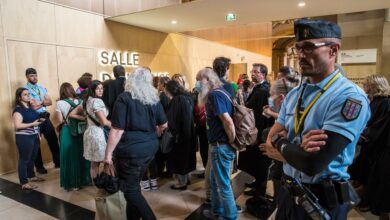