London, Sep 24 (EFE).- Six months after Sarah Everard was raped and murdered by a policeman, women gathered in various locations across the United Kingdom on Friday to mourn Sabina Nessa, found slain last weekend in a London park.

Nessa, a 28-year-old teacher, left her home in south London’s Kidbrooke neighborhood shortly before 8:30 pm on Sept. 17 on what should have been a five-minute walk to a nearby pub where she was supposed to meet a friend.

But she never reached the bar and a passerby discovered her body the following day in Cator Park.

Two men detained by London’s Metropolitan Police in connection with the crime have been released pending further investigation and authorities have disseminated CCTV footage of a third man they are seeking to identify.

Hundreds of people took part Friday evening in a vigil for Nessa on Pegler Square in Kidbrooke.

Reclaim These Streets, a women’s safety group formed in the wake of the Everard case, helped organize the vigil, and similar events took place in other British cities.

Everard, 33, disappeared on March 3 while walking to her home in London after visiting a friend.

She was found dead a week later at a spot more than 50 mi (80 km) away and a police officer ultimately pleaded guilty to having abducted, raped and killed the young woman.

Friday’s vigil included testimony from Nessa’s family and friends and a minute of silence in honor of Everard.

In the six months since Everard’s murder, gender violence has claimed the lives of an additional 77 women in the UK, according to a tally kept by the website Counting Dead Women.

The Femicide Census, another independent monitor, says that between 2009 and 2018, a British woman died at the hands of a man every three days on average.

“We do have an epidemic when it comes to violence against women and girls,” London Mayor Sadiq Khan said Thursday in an interview with British broadcaster ITV.

Khan, the father of two daughters, advocated for making misogyny a hate crime and said that “harassment in the public space against women should be a criminal offense.” EFE ptf/dr 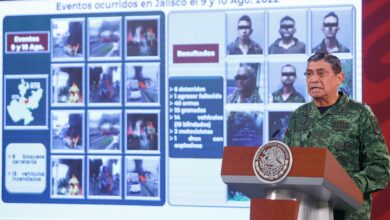