By Ilya U. Topper

Ayvalik, Turkey, Apr 12 (EFE).- Rubber boats full of migrants and refugees that leave the Turkish coast bound for the Greek islands often find themselves back at square one having been pushed by the Hellenic coastguards.

“There were many of us in the boat,” Masum, an Afghan refugee, tells Efe shortly after being rescued by Turkish coastguards in Turkish territorial waters a few miles off the Greek island of Lesbos.

“We were arriving at the Greek island but the Greek police detained us, nobody helped us.

“They stopped our boat in Greek waters, they carried us back to Turkish waters and left us there,” Masum adds.

The rubber dinghy Masum traveled in carried 28 Afghans, among them 10 women and several babies. It was left adrift without a motor.

They claim that in 2020 around 45% of migrants rescued in the Aegean had been pushed back by a Greek ship but that in the first few months of 2021, that proportion had gone up to 75%.

There are witness reports of Greek coastguards treating migrant vessels with aggression in a bid to discourage others from making the trip.

“They poked our boat with sharp sticks,” Masum adds.

The Afghan migrant rescue operation is barely over when another alert comes in. There is a second rubber boat adrift, this time carrying mainly African migrants. Their motor is still intact but it is not working.

“We were crossing over to Lesbos at 5 o’clock in the morning, but the Greek police stopped us. They destroyed the engine, threw the gasoline into the sea and then they pushed us back,” Ahaham Yabati, from the Central African Republic, tells Efe.

“The policemen were all in black, like ninjas, they came into the boat, one had a gun, and they said ‘Silence!’,” Yabati recalls.

“They took the phones of several people, but others were able to keep theirs and called the emergency number of the Turkish patrol, giving their position.”

Sometimes the information about a boat adrift in Turkish waters comes directly from Greek patrol boats, according to sources from the Turkish coastguard.

Formerly, the Turks and Greeks shared a communication channel for migrant cases and called each other by telephone. This arrangement is no longer in place, they explain, and now the coordinates of an incident are sent to Ankara by fax.

Although the most common cases involve migrant vessels being stopped by a Greek patrol when entering Greek waters, the Turkish coastguard says it has heard lots of migrants describing a “delayed pushback,” whereby people are returned to the sea days after they have reached Lesbos.

According to Turkish officials, in this case, a Greek patrol carries the detained migrants to the limit of Greek territorial waters before putting them in a life raft and alerting Ankara.

The migrants never could have left the Turkish coast with a life raft, as they have no navigation capacity, the officials add, showing videos of these types of rescue operations.

“It’s most dangerous, because south of Lesbos there is heavy traffic of big container ships and as the rafts have no metal, they don’t show up on their radar. It’s like leaving a car with a motor failure and without lights in the middle of a highway,” one official says. 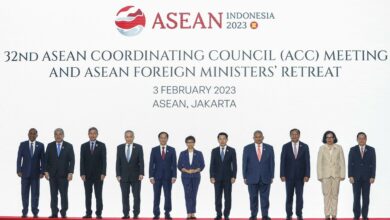