Manila, May 9 (EFE).- Cases of vote buying clouded the election process in the Philippines on Monday as people head to the polls to choose local and regional representatives as well as the next president, a position expected to go to ‘Bongbong’ Marcos, son of the later former dictator Ferdinand Marcos.

“I didn’t expect it, I can fix some stuff at home that I’ve been wanting to do for a while,” the 31-year-old, speaking from the touristic island of Siargao in the south of the Philippines archipelago, added.

He was bribed to vote for a mayoral candidate, although declined to specify the politician’s name.

Some 67 of the Philippines’ 108 million people are eligible to vote for the next president and vice-president, who will take on six-year terms, as well as 12 seats in the Senate, Congress and a number of provincial and municipal positions up for grabs.

Pre-election polling pointed to a clear victory for Marcos, who sat 33 percentage points ahead of his nearest rival, Leni Robredo, despite the legacy of his dictator father.

Marcos is running on a ticket with Sara Duterte-Carpio as a candidate for vice-president. Duterte-Carpio is the daughter of the controversial outgoing president Rodrigo Duterte.

The practice of offering bribes in exchange for votes is common in the Philippines and in other democratic nations in the region, but this year the price of a vote has surged, according to the Legal Network for Truthful Elections, an independent monitoring group.

Ona Rosales, a coordinator with LENTE, told Efe that the average price of a vote rose following the digitalization of the election process.

The $275 the Siargao voter was offered is almost double the average monthly salary for many workers, which boils down to roughly $6 per day.

The LENTE coordinator said that while vote-buying was common at every level of the electoral process — from the presidency down to mayors — it is the local positions that often pay more.

Payment methods vary. Some campaigns allocate funds to a parallel budget to “convince” local voters during neighborhood meetings where envelopes of cash are handed out by officials, Rosales added.

But it does not always work.

“They gave me 500 pesos (around $9.50), but I’m not going to vote for the candidate that paid me,” Grace Matos, speaking under a pseudonym, told Efe.

Matos, 38, who is from Manila, said her vote was secret and did not want to name the political campaign who paid her.

At some of the campaigns, however, organizers do request confirmation that voters choose the candidate they were bribed for.

“We ask people to hide their phones and take a picture to prove they voted for our candidate,” a representative of a vice-presidential candidate told Efe on the condition of anonymity.EFE 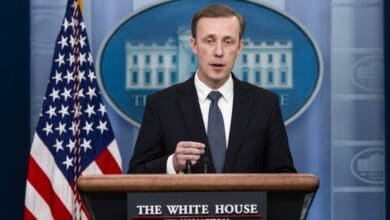 China warns US it is ‘on the wrong track’ with Taiwan

Santa Claus wants a present: To become a US lawmaker

Rights need to be seen from cultural standpoint in Afghanistan: Taliban