Quito, Sep 2 (EFE).- Tobacco smuggling is a palpable reality on the streets and in local businesses in Ecuador, one of the countries with the region’s highest prices for a pack of cigarettes, but the debate around its real impact in the market is closely linked to the tobacco industry’s interest in paying lower taxes,

Different reports do not come to a unanimous conclusion about how widespread the phenomenon is, although it is clear that there are cross-cutting interests at work and poor enforcement of an effective law on both the fiscal and health levels.

One report says that up to 79 percent of the cigarettes consumed in Ecuador are of illegal origin, another says 51 percent, but they do agree that it’s the public coffers that are losing money.

The most alarming investigation, by the Inmaver survey firm and requested by cigarette manufacturer Philip Morris International (PMI), which was completed last December, determined that 7.9 of every 10 cigarettes consumed in Ecuador had an illegal origin.

Some 78 percent of the illegal brands are from Asia, mainly China, followed by 12 percent from Colombia, 6 percent from Paraguay and the rest from elsewhere, the report says.

The smugglers “have found very fertile ground in Ecuador because of the existence of a 5-to-1 difference in prices,” Glenda Ruiz, the foreign affairs director for Itabsa and Proesa, the local affiliates of PMI, told EFE.

The Chinese brands are being sold illegally for an average of $1.50 per pack of 20 smokes, while legal cigarettes cost $5.77, “70 percent of which, on average, is taxes.”

The “excessive tax burden” on tobacco puts Ecuador in second place, after Panama, in terms of smuggling, said Ruiz, who proposed reducing the tax to encourage legal cigarette sales – which she said have fallen off by “about 69 percent” – since “a proportional reduction in consumption” is not being seen and that is the main health-oriented aim of the tax.

Real consumption comes from the black market and, based on PMI estimates, the Ecuadorian tax authorities are foregoing $3.78 per pack, or some $270 million annually and more than $1 billion since 2015.

However, another estimate published by the Pontificia Universidad Catolica del Ecuador (PUCE) says that 51 percent of the tobacco consumed in the country has an illicit origin.

The author of that report, Tatiana Villacres, remarked to EFE that the prevalence of consumption among the Ecuadorian public has been progressively dropping for decades and “one of the reasons is the rise in taxes,” especially since 2011 when a tobacco regulation and control law was approved.

The researcher said that most illegal packs of cigarettes come from China, but her study reveals that the most widely sold brand – both illegally as well as legally – is Marlboro, which is manufactured by PMI and with 95 percent of that product coming from Colombia and Mexico.

Similar independent studies in Colombia point to production much greater than current consumption, leading researchers to ask: “Where it that excess coming from?”

Their first hypothesis is that those cigarettes are arriving illegally in Ecuador, Villacres said.

Given the closure of cigarette plants in the two Andean countries, Marlboro cigarettes have allegedly started arriving from Mexico.

The Tax Stamp & Traceability News Web site recently warned that observers have noted an increase in the production and importation of cigarettes from Mexico to Colombia “in quantities that markedly exceed the quantity of the brand that enters Ecuador legally,” and it pointed to the fact that the industry itself is ignoring the smuggling of the brand into Ecuador.

The Ecuadorian tax authorities currently have two systems of taxation for tobacco – SIGVEF since 2015 which is overseen by the customs agency and Simar, which since 2017 is controlled by the SRI Internal Revenue Service, but smuggling remains out of the control of these two mechanisms and the police do not pay enough attention to it.

Enrique Fanta, a Chilean expert on the customs treatment and taxes on special products, has acknowledged that “it’s true (that) there are incentives for smuggling,” but at the same time he said that countries “are greatly increasing the penalties and enforcement so this does not occur.”

Last Friday, a law known as the “Tobacco Law” was entered on the books reforming various legal bodies to strengthen the prevention and control of illicit commerce and although it focuses on all illegal trade the impetus for it, in large measure, came from the tobacco sector. 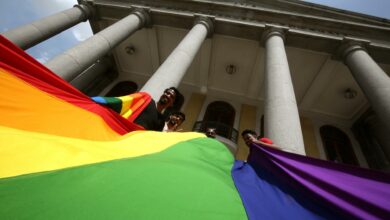