Havana, Jun 3 (EFE).- Western and central Cuba were pounded Friday by rains associated with the first tropical depression of the 2022 Atlantic hurricane season.

One person is missing and feared dead after falling into a gully filled with water in the western city of Pinar del Rio, government website Cubadebate said, citing accounts from neighbors.

Authorities in Consolacion del Sur, a town in Pinar del Rio province, reported an accumulation of 300 mm (11.8 in) after more than 28 hours of nearly continuous rain.

While the town of San Juan y Martinez received 177 mm of rain the space of three hours Friday morning.

The province’s largest river, the Cuyaguateje, burst its banks in the municipality of Guane, forcing 253 people to flee their homes.

Some residents of the Havana districts of Cerro, Centro Habana, and Diez de Octubre had to be evacuated amid street flooding.

Though the National Hurricane Center in the United States said it expects the depression to strengthen into the season’s first Atlantic tropical storm, Cuba’s weather service is forecasting winds of only around 40 km/h (25 mph).

For Cuba, the major concern is rain.

“Strong and intense rains are predicted in the west and center. Taking into account the saturation of the ground from the rains last week, we must give the greatest attention to the evolution of this complex situation,” Cuban President Miguel Diaz-Canel wrote on Twitter.

Cuba’s Meteorological Institute has a forecast a “very active” season with 17 named storms, including nine hurricanes.

If Tropical Depression 1 becomes a tropical storm, it will bear the name Alex.

The last major storm to strike Cuba was Hurricane Irma, which raked the northern coast of the island from one end to the other in 2017, leaving 10 people dead and material losses estimated at $13.18 billion. EFE rmo-jpm/dr 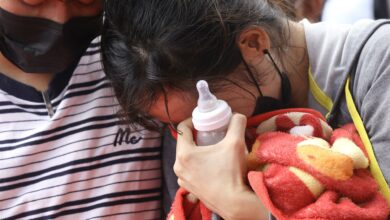 At least 34 killed, including 22 children, in mass shooting at Thai nursery