“Another HISTORIC breakthrough today! Our two GREAT friends Israel and the Kingdom of Morocco have agreed to full diplomatic relations – a massive breakthrough for peace in the Middle East!” Trump said on Twitter.

Officials in Israel and Morocco confirmed the news.

The White House said that the president and Moroccan King Mohammed VI agreed on a plan for Rabat to “resume diplomatic relations between Morocco and Israel and expand economic and cultural cooperation to advance regional stability.”

“Morocco recognized the United States in 1777. It is thus fitting we recognize their sovereignty over the Western Sahara,” Trump, who leaves office Jan. 20, said in a subsequent tweet.

For 45 years, the former Spanish colony of Western Sahara has been an object of contention between Rabat and Polisario Front rebels representing the indigenous Sahrawi population.

Morocco invaded the region in 1975 as Spain withdrew. The Polisario responded with armed resistance and a legal challenge before the International Court of Justice in The Hague, which supported the Sahrawis’ demand for self-determination.

In 1976, the Polisario proclaimed the independence of the territory as the Sahrawi Arab Democratic Republic (SADR), which maintains diplomatic relations with 40 countries and is a member of the African Union.

The SADR controls only 20 percent of Western Sahara, a mostly desert expanse of 266,000 sq.km. (103,000 sq. mi.) with a population of around 500,000. The region’s principal natural resources are phosphate and ample reserves of fish in its coastal waters.

“The United States believes that an independent Sahrawi State is not a realistic option for resolving the conflict and that genuine autonomy under Moroccan sovereignty is the only feasible solution,” the document says.

Until now, Washington’s official position has been to support a 1991 cease-fire accord that calls for a referendum in Western Sahara to resolve the question of sovereignty.

Urging the two sides to begin negotiations, Thursday’s proclamation added that the US will open a consulate in Western Sahara as part of an effort to “encourage economic and social development.”

Morocco become the fourth Arab nation to embark on normalization with Israel under a process pushed by the Trump administration, joining the United Arab Emirates, Bahrain and Sudan.

Jared Kushner, Trump’s son-in-law and adviser, has played a central role in what the White House calls the “Abraham Accords.”

“This is a significant step forward for the people of Israel and Morocco. It further enhances Israel’s security, while creating opportunities for Morocco and Israel to deepen their economic ties and improve the lives of their people,” Kushner said.

“They are going to reopen their liaison offices in Rabat and Tel Aviv immediately with the intention to open embassies. And they are going to promote economic cooperation between Israeli and Moroccan companies,” he told journalists.

Kushner did not respond directly when asked whether the discussions leading up to US recognition of Morocco’s claim to Western Sahara included the Spanish government, which has been an advocate for the interests of the Sahrawis, or the United Nations.

Aides to King Mohammed VI said the liaison offices in Rabat and Tel Aviv will be reactivated and that commercial air service between Morocco and Israel would be established in the near future.

Two Israeli carriers, El-Al and Israir, said they intend to begin direct flights to Morocco as soon as possible. 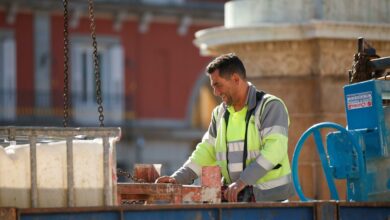