The White House announced Trump granted full pardons to 15 people, and commuted all or part of the sentences of another five.

The highest-profile pardon is that of George Papadopoulos, who was a foreign affairs adviser to the Trump campaign in 2016 and who pleaded guilty to making false statements to federal officials during the Robert Mueller investigation into Russian meddling in the 2016 presidential election.

The outgoing president also pardoned Alex van der Zwaan, a lawyer who pleaded guilty to the same charge as Papadopoulos.

Stockman was serving a 10-year prison sentence for fraud and money laundering, but the rest of his sentence was commuted. Collins was serving a 26-month sentence for making false statements to the FBI and conspiring to commit securities fraud, and was granted a full pardon. Hunter was soon to begin serving 11 months for misuse of campaign funds, was also granted full pardon.

Of the four Blackwater contractors granted full pardons, Nicholas Slatten had been sentenced to life in prison for his role in the killing of 17 Iraqi civilians in Baghdad in 2007.

Recently, Trump pardoned his former national security adviser Michael Flynn, who had pleaded guilty to lying to the FBI about his Russian contacts.

The New York Times reported that “a tabulation by the Harvard Law School professor Jack Goldsmith found that of the 45 pardons or commutations that Mr. Trump had granted up until Tuesday, 88 percent aided someone with a personal tie to the president or furthered his political aims.”

The pardons are an indicator that even though Trump has not acknowledged his November election defeat to Democrat Joe Biden, he is aware that he will have to leave power on Jan. 20. EFE-EPA 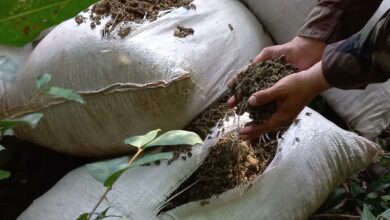 At least 19 children among those killed in Texas school shooting