New Delhi, May 27 (EFE).- Twitter on Thursday expressed concern over a possible “threat to freedom of expression” in India after the government rolled out a set of new guidelines to regulate online content.

The social media giant also said it was worried about the safety of its staff in the country following a police raid on its office in New Delhi after Twitter tagged as manipulated some posts by the members of the ruling Bharatiya Janata Party (BJP).

“Right now, we are concerned by recent events regarding our employees in India and the potential threat to freedom of expression for the people we serve,” a Twitter spokesperson said in a statement on the microblogging site.

“We, alongside many in civil society in India and around the world, have concerns with regards to the use of intimidation tactics by the police in response to enforcement of our global terms of service, as well as with core elements of the new IT Rules,” the statement said.

The spokesperson said Twitter would “continue our constructive dialog with the Indian government for a collaborative approach to “advocate for changes to elements of these regulations that inhibit free, open public conversation.”

“We believe that it is the collective responsibility of elected officials, industry, and civil society to safeguard the interests of the public.”

The statement came days after Delhi Police showed up at a Twitter office in New Delhi on Monday for a probe into a case related to a post by BJP spokesperson Sambit Patra labeled “manipulated content.”

Patra and many other leaders of the BJP had shared on Twitter parts of a document allegedly created by the opposition Indian National Congress to highlight government failures in handling the Covid-19 pandemic.

The Congress complained to Twitter that the document was fake, prompting the social media site to tag posts related to it as “manipulated media.”

As the controversy raged, India’s controversial new regulations for online content came into effect on Wednesday.

The new policy, which allows the government to assert more control over online news portals, social media, and video-streaming platforms, will have far-reaching ramifications for digital content in the country.

One of the most controversial clauses of the new rules requires digital platforms to trace the originator of controversial messages for the “prevention, detection, investigation, prosecution or punishment of an offense related to sovereignty and integrity of India.”

Content can be deemed contentious or mischievous if it harms “the security of the state, friendly relations with foreign states, or public order,” the new guidelines say.

Facebook-owned WhatsApp, which has about 530 million users in India, had petitioned the Delhi High Court to block the implementation of the new rules, arguing that the policy was unconstitutional.

The guidelines have revived the self-regulation versus censorship debate in the country labeled “partly free” by Freedom House watchdog on the global internet freedom index.

Twitter and Indian authorities recently clashed over government orders to block hundreds of accounts as part of protests by farmers, as well as messages related to the coronavirus.

Rights defenders have denounced such moves by the government of Hindu nationalist Prime Minister Narendra Modi as a censorship attempt. EFE 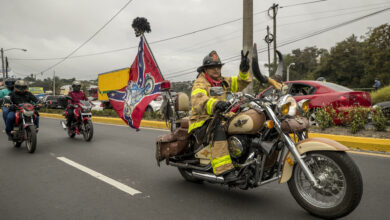