Sydney, Australia, Oct 14 (efe-epa).- Two women are the main candidates in the elections that New Zealand will hold on Saturday – the charismatic and progressive prime minister, Jacinda Ardern, who starts as the favorite, and the tough conservative opposition leader Judith “Crusher” Collins.

The elections are being held a month later than expected due to the impact of COVID-19 in the Oceanian country of 5 million, which has managed to weather the impact of the pandemic.

Polls suggest that center-left Labor Party leader Ardern will be able to revalidate her three-year term, although it remains to be seen if her party will obtain the 61 seats necessary to govern alone or if she will have to form a coalition, as she did in 2017 with the Green Party and the conservative New Zealand First.

“In these elections both have acted well and have shown leadership, regardless of what one thinks of their policies,” Jennifer Lees-Marshment, an academic at the University of Auckland and author of more than 15 books, told EFE.

Ardern, who at 40 years of age is one of the youngest women leaders in the world, managed to quickly reinforce the popularity of Labour in 2017 thanks to her down-to-Earth communication skills and her promises to fight poverty and climate change, among other policies.

The smiling and optimistic leader, seen as the antithesis of United States President Donald Trump, has been acclaimed worldwide for her management in the face of the various crises that the country has faced during her term, such as the terrorist attack perpetrated by a white supremacist against two mosques in March 2019, throughout which she maintained an attitude of firmness and empathy.

Her response to the pandemic has also been successful, as New Zealand has managed to practically eliminate COVID-19 with around 1,500 infections and just 25 deaths, thanks to swift and tough measures in which health has prevailed over the economy.

However, Lees-Marshment says that some criticize Ardern for breaking “key promises” such as access to housing, among others.

In this sense, the biggest problem she faces is that the Labour leadership “has not been transformative,” according to Lees-Marshment, who recalls that the prime minister had to govern with politically disparate formations as her party not obtain a majority in 2017.

With a profile opposite to that of Ardern, Judith Collins, a former commercial lawyer who took over the leadership of the National Party in the middle of the internal crisis in July, shows herself as a strong politician, although she does not generate the sympathy of the population.

The 61-year-old politician, who was part of the John Key’s administration, was dubbed “Crusher Collins” in reference to the order she gave in 2009, when she was a police minister, to confiscate and destroy illegal racing vehicles.

The defender of the conservative sectors, in both urban and rural areas, has in her favor “the historical and previous reputation of her party of having demonstrated good economic management (after the 2008 crisis) and of having presented some ideas to rejuvenate the economy as their technology plan, “Lees-Marshment said.

However, going against Collins is that her center-right National Party has focused on attacking Ardern instead of formulating proposals, and she has “quite negative communication style,” according to the analyst.

The duel between the two candidates for the leadership of New Zealand is reminiscent of the electoral duel fought in 1999, in which Labour’s Helen Clark seized power from the first woman to lead the country, Jenny Shipley, of the National Party.

New Zealand currently has 46 women among the 120 representatives in parliament, while two are co-leaders – of the Maori and Green parties.

New Zealand became the first country in the world in 1893 to allow women to vote in parliamentary elections, although it took about three decades for them to be candidates. EFE-EPA 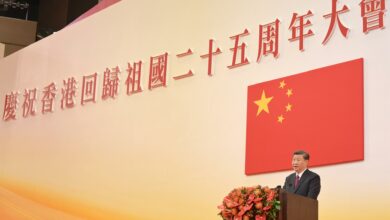