Singapore, Mar 6 (EFE).- The Ukraine war has sent the alarm bells ringing in Asia, with countries divided in their positions towards a conflict which threatens to polarize a region that is home to hotspots such as Taiwan and has been witnessing a power tussle between the United States and China.

Despite their distance from the actual conflict, Asian nations have nervously followed the Russian invasion of Ukraine with diverging views, as the region has close ties not just with Moscow and its ally Beijing, but also their adversary Washington.

US allies such as Japan and South Korea – which have close military ties with the Americans – have been quick to condemn the escalation in violence and have joined the international sanctions against Russia, with an eye towards their own adversaries.

In South Korea, former presidential candidate Ahn Cheol-soo has called for a nuclear cooperation agreement with the US over the constant North Korean threat, while the ex-prime minister of Japan, Shinzo Abe, urged Washington to give up its “strategic ambiguity” over Taiwan and clarify if it would defend the island in case of a Chinese attack.

Tokyo has ongoing disputes with both Russia and China regarding sovereignty over island territories.

“The existing hotlines within the region are becoming more apparent, whether this flares up in something more contentious is yet to be seen,” Ja Ian Chong, a professor of political science at the National University of Singapore, told Efe, referring to issues such as Taiwan, South China Sea, North Korea and the India-China border dispute.

Taiwan is one of the biggest concerns due to growing threats from Beijing, which concerns the self-governed and democratic island as an inalienable part of its territory and has never ruled out a military operation to occupy it, boasting that it would take just 24 hours to complete this.

It follows that China could be closely monitoring the invasion of Ukraine, which is proving to be more difficult than Moscow may have imagined initially due to fierce resistance by the Ukrainian military and citizens.

“If the conflict ends quickly and nothing changes, then the Chinese may think that an attack on Taiwan will be acceptable,” Ja Ian Chong said.

He added that if the conflict extends and ends in a stalemate, this would “caution the Chinese,” but warned that an extended conflict could also draw away attention and lead Beijing to believe that “there is an opportunity in Taiwan.”

Euan Graham, a senior analyst at the International Institute of Strategic Studies, said that China could be “taking note of Russia’s mistakes to not to repeat them in case of an attack to Taiwan.”

The region is also having to reconsider its strategies and allies in case conflict breaks out on other fronts, such as the South China Sea, which Beijing claims in its entirety, leading to disputes with Southeast Asian countries. These include the Philippines, which has a mutual defense agreement with the US.

However, the ASEAN has been divided over its stance on the Ukraine conflict.

Singapore, a small island with limited defense capacity in case of an attack by a bigger neighbor such as Malaysia, has taken a firm stand by announcing sanctions on Moscow, while Indonesia and the Philippines have condemned the invasion.

However the regional bloc, which has security ties with the US and has China as its biggest trade ally, is also heavily dependent on Russia for arms imports and avoided a direct condemnation of Moscow in its statement on Saturday.

India, involved in a border conflict in China on the east and constantly at loggerheads with nuclear rival Pakistan on the west, has also remained neutral in trying to defend its ties with both Moscow and Washington.

“For many Western strategic thinkers, the defense of Ukraine is a last gasp at preserving the old world order, carved out (…) at the end of the Second World War. A eurocentric world order which marginalized the entirety of the developing world,” Rupa Subramanya, researcher at the Asia Pacific Foundation of Canada, said in a recent article in financial news outlet Nikkei.

Subramanya warned that countries such as India and China were “already looking to shape a new world order” led by Asia in the economic and geopolitical realities of the 21st century, and that Ukraine war could be the “last battle of the 20th century.”

Graham partly agreed with this view arguing that “China could potentially be a winner in this situation. If the US does become more distracted, it takes some of the pressure of China, and Russia will become more dependent on China (…) economically.” 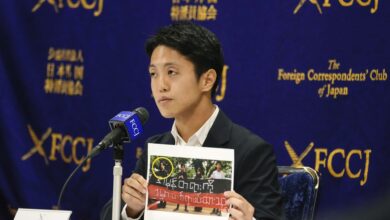