WFP head for Afghanistan, Mary-Ellen McGroarty, in a statement stressed that the needs of the Afghan population were very serious, and that the humanitarian imperative needed to be separated from political discussions, regarding the status of the Taliban regime, in power since Aug.15.

WFP shared images of the desperate situation in most of the country.

The arrival of the harsh Afghan winter further complicates an already dramatic reality, with a people facing the impact of the pandemic along with a prolonged drought.

The situation has forced many to sell their scarce belongings for survival, amid a drying up of humanitarian aid for the country following the Taliban takeover of the country.

In addition to the UN, agencies such as the International Federation of Red Cross and Red Crescent Societies (IFRC) are involved in the distribution of humanitarian aid.

IFRC said in a statement Thursday they were working against the clock to bring in food and supplies to the worst affected areas during the winter season.

“This is the worst drought and hunger crisis faced by Afghans in living memory. Much faster international action is needed to avoid a humanitarian catastrophe in the coming months,” IFRC Asia Pacific Director Alexander Matheou said in the statement.

According to the agency, some 22.8 million people amounting to 55 percent of the Afghan population are facing acute food shortages, after drought affected more than 80 percent of the country, crippling food production.

Moreover, during the last one year almost 700,000 people had to flee their homes due to the drought or armed conflict that intensified in the country until August, adding to the approximately 3.5 million internally displaced persons already in the country.

IFRC has sought some $39 million to provide emergency humanitarian aid to some 560,000 people in the 16 provinces most affected by severe drought and displacement in Afghanistan. EFE 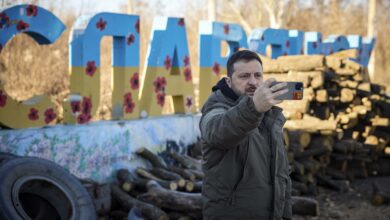