Washington DC, Jul 7 (efe-epa).- The United States government is considering banning Chinese application TikTok amid speculation it could be used for surveillance and propaganda distribution by Beijing.

The remarks were made by US Secretary of State Mike Pompeo in an interview on Fox News program “The Ingraham Angle” late Monday.

Pompeo said that the government was “taking this very seriously. We’re certainly looking at it,” after program host Laura Ingraham said that India had already banned the application and Australia was considering doing the same.

The diplomat added that the US administration of President Donald Trump was looking at what was happening around the world with the app.

“With respect to Chinese apps on people’s cell phones, I can assure you the United States will get this one right,” he said, adding that he didn’t “want to get out in front of the president, but it’s something we’re looking at.”

He warned citizens that they should only download the app if they wanted their “private information in the hands of the Chinese Communist Party.”

TikTok, a popular short-video app is owned by the China-based ByteDance.

The application, which has gained worldwide popularity in the last few months, has been repeatedly criticized by American lawmakers who have alleged it to be a threat to national security due to its links with China.

In October, Senator Tom Cotton (R-Arkansas) and Senator Chuck Schumer (D-New York) in a letter to the Acting Director of National Intelligence Joseph Maguire, requested an assessment of national security risks posted by TikTok to be presented to Congress, saying it was a potential counterintelligence risk with more than 110 million downloads in the US at the time.

In the letter, they expressed concern about censorship, potential for foreign influence campaigns, and user data collection.

The remarks by Pompeo come after Reuters reported that TikTok will exit the Hong Kong market within days, following the introduction of China’s controversial new national security law for the semi-autonomous city.

American multinationals Facebook (including its WhatsApp and Instagram), Twitter and Google announced Monday they were suspending requests from Hong Kong authorities for user data after the new law was imposed.

The companies issued separate statements in which they said that they will pause requests of the Hong Kong authorities “pending further assessment” of the new regulations and whether they run contrary to human rights.

Chat app Telegram told the local Hong Kong Free Press at the weekend it was doing the same. EFE-EPA 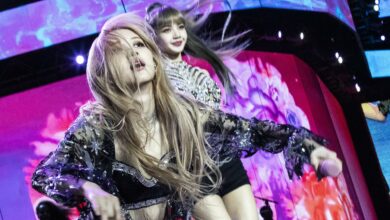 Blackpink to release new album ahead of world tour