Caracas, Oct 4 (EFE).- Venezuela this week will open its border with Colombia – closed since 2015 – to commercial traffic in Tachira state, where the main border crossing points between the two nations is located, Venezuelan Vice President Delcy Rodriguez announced on Monday.

“President Nicolas Maduro has asked us to announce to the public in the state of Tachira, bordering on Colombia, that, starting tomorrow (Tuesday), we will be undertaking a commercial opening (of the border) between our countries,” said Rodriguez in a statement broadcast by state-run Venezolana de Television (VTV).

The border was closed to vehicle traffic in August 2015 by order of the Venezuelan government and pedestrian traffic was suspended after the rupture of relations by Maduro on Feb. 23, 2019, when opposition Venezuelan leader Juan Guaido tried to bring into Venezuela from Cucuta, Colombia, a caravan of humanitarian aid.

Rodriguez emphasized that the mutual border is “extensive” and, along it, the countries have a “shared responsibility” and “differ on what constitutes (border) protection” in that region.

In that regard, she said that on the Colombian side “there are paramilitary bands, drug trafficking bands and criminals.”

The presence of those groups was the reason put forward in 2015 by Venezuelan authorities when they closed the border with Colombia, the president of which at that time was Juan Manuel Santos.

Rodriguez asked her countrymen “to be alert” to the potential arrival of Colombian criminal groups in Venezuela “But despite what the planned violence against our country has meant, President Nicolas Maduro, always thinking about our people, … about brotherhood and cooperation … has made the decision to open the binational trade (crossing point),” she said.

Rodriguez noted that “historically, trade between Colombia and Venezuela has exceeded $7 billion” over a period which she did not specify, and thus she said that the border opening “is a very direct message to the productive forces” of both countries and, especially “to binational commercial actors,” whom she called on for “healthy exchange” that is also “biosecure.”

Shortly after her announcement, Rodriguez contacted Freddy Bernal, the protector of Tachira state, a post parallel to the governor but which is designated directly by the Venezuelan president in regions where the opposition won local elections.

Bernal made public the decision to remove the containers that were blocking passage across the binational bridges, a task that EFE was able to determine began early Monday morning. 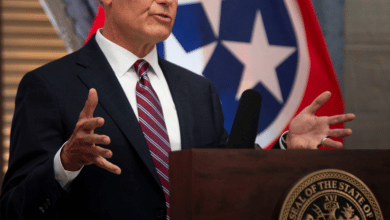