Madrid, Apr 6 (efe-epa).- Vinicius Junior chose the perfect time for arguably the best performance of his young career, scoring a brace to lead Real Madrid to a 3-1 victory over Liverpool here Tuesday night in the first leg of their Champions League quarterfinal clash.

The home side started applying pressure early on at a behind-closed-doors Alfredo di Stefano stadium, with the Brazilian leading the charge.

The 20-year-old winger first made his presence felt with a well-placed pass in the 12th minute to Luka Modric just outside the area, a play that Georginio Wijnaldum thwarted. The Croatian midfielder was knocked to the turf and screamed for a penalty, but the contact occurred outside the box and was deemed unworthy of a foul.

Although a minute later he headed a Ferland Mendy cross wide of the post, Vinicius opened the scoring in the 27th minute when he used his shoulder to control an outstanding long pass by Toni Kroos and then scored past goalie Alisson, a clinical finish that will help silence some of his critics.

Real Madrid kept probing the Reds’ shaky defense and got their second reward nine minutes later, just after an apparent foul on Sadio Mane at the other end of the field was ignored by referee Felix Brych.

On the scoring play, Trent Alexander-Arnold inadvertently set up Marco Asensio for a one-on-one opportunity against Alisson with a poor clearance.

The Spaniard lofted the ball out of the netminder’s reach with his first touch and then tapped in moments later.

Liverpool head coach Jurgen Klopp tried to turn the tide by inserting Thiago Alcantara for Naby Keita before the end of the first half, but instead it was Asensio who nearly completed a brace on a shot that Alisson did well to save with his legs in minute 43.

After the intermission, the Reds briefly showed signs of mounting a comeback, getting a close-range goal off the crossbar from Mohamed Salah in the 51st minute after an initial shot in the area by Diogo Jota had been blocked by Modric.

Mane then appeared to have the equalizer on a platter in the 63rd minute but was denied by a timely Mendy, who appeared in the nick of time to clear the ball away.

The Reds’ attack seemed up to the task, but their suddenly leaky defense left them vulnerable to threats at the other end of the pitch.

Given room to roam, Modric strolled into the Liverpool box from the right side and sent in a cross that Vinicius deposited in the back of the net in the 65th minute.

Liverpool pressed forward in search of a precious second away goal, but their last decent chance came on a Thiago attempt from outside the area that floated over the bar in the 77th minute.

The result will be a difficult one to swallow for Liverpool, who lost the 2018 Champions League final to the same opponent and by the same score.

The Reds, who rallied from a 3-0 first-leg deficit to semifinal opponent FC Barcelona en route the capturing the 2018-2019 Champions League title, will host the Blancos at Anfield in the second leg in search of a similar comeback.

But home-field advantage won’t be nearly the same without thousands of singing and screaming Kopites in the stands. EFE-EPA 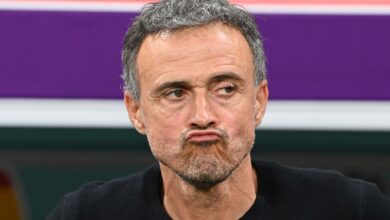