By Arturo Larena and Carlos Gosch

Madrid, Jul 3 (EFE) – United Nations Secretary-General António Guterres warned the world is at the “verge of the abyss” regarding climate change and called for immediate action by countries, companies, banks and society as a whole.

In an exclusive interview with Efe, Guterres said it would be desirable to add the ecocide – destruction of the natural environment by deliberate human action – as a crime in the International Criminal Court.

Question: The coronavirus pandemic has highlighted our vulnerability as a society and as a species. What should we do to prevent the same thing from happening with climate change?

Answer: We must mobilize all governments, all companies, all banks, all non-governmental organizations, society as a whole, to understand that we are at the verge of the abyss.

The scientific community has told us that we must limit the temperatures growth to 1.5 degrees Celsius and we are already at 1.2 degrees in relation to green gas levels.

It is absolutely essential to start now, drastically reducing our emissions of green house gases. It is essential to create a global coalition of governments, of companies, or banks, societies in general, to reach carbon neutrality in 2050, and to reduce by approximately half of our emissions until 2030.

If we do not achieve these goals, we will see a devastating impact all over the world, we see it already. Look at what has happened recently in Canada, where we have temperatures that would be absolutely unimaginable just a few years ago.

This is a moment of truce, and when we are at the verge of the abyss, we must make sure that the next step is in the right direction.

Question: More than a year has passed since COP25 in Madrid. What can we expect from COP26, that will be held in Glasgow in November?

Answer: Before the meeting, the trust gap issue between the developed and developing world needs to be resolved. Today we have a commitment from most developed countries, with some exceptions such as Australia, to carbon neutrality by 2050. But emerging economies have not committed to it yet.

One of the reasons they invoke is that the developed world is not fulfilling the commitments adopted in Paris.

We need a commitment on mitigation, a commitment on finance and on adaptation, because a substantial part of climate aid needs to be for adaptation and resilience of societies. The impacts we are seeing from climate change in the global south are devastating.

Question: Is it necessary to set a date for the end of fossil fuels on the planet?

A.- In the first place, I think that no more coal-fired power plants should be built. In addition, international financing for coal plants should be stopped and subsidies for all fossil fuels, which still represent an important part of public spending in many countries, should be eliminated. Banks should also be forced to disclose climate-related risks in their operations.

There is a set of operations that are essential to make the transition from a gray economy to a green economy.

Question: Now we (governments, companies and citizens) are all environmentalists and green in words, but is it real?

Answer: In words yes, but in reality, we are not there yet. If we look at the recovery packages that are being applied to the world, there is still more money for the fossil fuel economy than for the renewable energy economy.

How can the decarbonization commitments that look so good on paper be enforced? In countries that have democratic institutions, it is the people who have to force their governments. 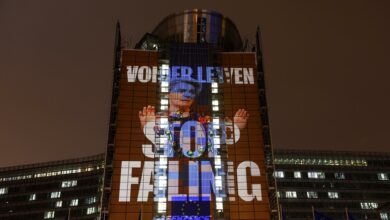