Pompeii, located near Naples in southern Italy, was buried by the eruption of Mount Vesuvius in 79 AD. The pyroclastic flow effectively froze the city in time.

“What we have is a ceremonial chariot, probably the Pilentum referred to by some sources, which was employed not for everyday use or for agricultural transport, but to accompany community festivities, parades and processions,” Massimo Osanna, the director of the Archaeological Park, said in a statement.

“This type of chariot, which has never before emerged from Italian soil, bears comparison with finds uncovered around fifteen years ago inside a burial mound in Thrace (in northern Greece, near the Bulgarian border).”

The discovery was made in the remains of a suburban villa known as Civita Giuliana, outside Pompeii’s walls to the north of the ancient city, the team said. The remnants of three horses, including one still in its harness, were found at the site in 2018.

Dario Franceschini, the Italian minister of culture, said: “Pompeii continues to amaze with all of its discoveries, and it will continue to do so for many years yet, with twenty hectares still to be excavated.”EFE-EPA 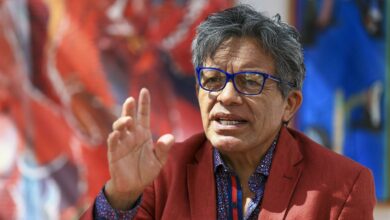