New York, Mar 4 (EFE).- The price of wheat futures on the Chicago Board of Trade – the global benchmark – reached $13.40 a bushel (27 kgs) on Friday, an increase of more than 50 percent since the start of the Russian military offensive in Ukraine on Feb. 24.

The last time the price per bushel exceeded $12.00 was during the world financial crisis of 2008.

For days on end, the Chicago exchange has had to suspend trading in wheat futures as prices hit the daily limit.

Together, Ukraine and Russia account for roughly 30 percent of world wheat exports, as well as 19 percent of corn exports and 80 percent of exports of sunflower oil.

The combination of the closure of Black Sea ports and Western sanctions imposed on Moscow is limiting shipments of grains from Ukraine and Russia.

The World Food Program (WFP) sounded the alarm Friday about food shortages in areas of Ukraine and the potential for greater food insecurity at the global level.

“In a year when the world is already facing an unprecedented level of hunger, it’s just tragic to see hunger raising its head in what has long been the breadbasket of Europe,” WFP Director David Beasley said. EFE nqs/dr 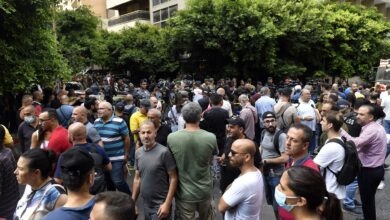