Beijing, Jul 23 (EFE).- The president of China Xi Jinping made a two-day state visit to the autonomous region of Tibet, the first time a Chinese head of state visits Tibet since 1990, state news agency Xinhua reported.

Xi arrived Wednesday in the Nyingchi prefecture, which borders India, and visited Tibet’s capital Lhasa on Thursday, although official state media only reported the event on Friday.

According to Hong-Kong based South China Morning Post, the purpose of the visit was to attend celebrations for the 70th anniversary of the “peaceful liberation of Tibet,” as named by the Communist Party, which marks the annexation of the region by China in 1951 with the 17 Point Agreement.

Xi Jinping already made a state visit to Tibet in 2011, as a vice-president, for the 60th anniversary of the event.

According to sources cited by the Hong Kong paper, Xi’s trip was focused on “domestic issues with stability, development and the environment at the top of the list.”

Infrastructure was part of the agenda, as Xi travelled from Nynghi to Lhasa aboard a train line inaugurated in June, the first electrified railway in the region.

In Lhasa, the president visited the Drepung monastery, the Potala Palace and a commercial street in the city, where he talked with locals.

The last Chinese presidential visit to the autonomous region was by Jiang Zemin in 1990. EFE 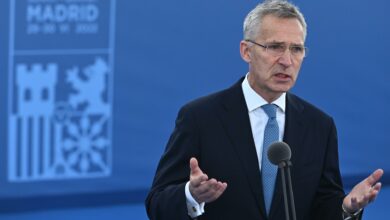