Riyadh, Mar 30 (EFE).- The Gulf Cooperation Council on Wednesday inaugurated talks between Yemeni groups to end the war in Yemen which broke out in 2014, although the Shiite rebel Houthis were not included in the discussions.

The talks aim for “an agreement that represents a Yemeni-Yemeni roadmap to find a ground for the beginning of a political path between all the Yemeni components,” GCC secretary general Nayef al Hajraf said.

The GCC is a political and economic alliance made up of Saudi Arabia, the United Arab Emirates, Bahrain, Qatar, Kuwait and Oman.

“The seven harsh years of the war in Yemen have shown without a doubt that there will be no other solution than a political one,” al-Hajraf added at the opening of the consultations held in Riyadh.

The Saudi-led military coalition, which has been involved in Yemen since 2015, on Wednesday morning ceased its military operations to set the stage for the talks, al-Hajraf said.

The Iranian-backed Houthi insurgents, who control provinces in Yemen’s north and northwest, including the capital, have been reluctant to attend the talks due to the venue.

The Houthi rebels attack Saudi civil and economic facilities, including the Aramco oil company’s, in the south and southwest of the kingdom with missiles, drones and boats loaded with explosives. EFE 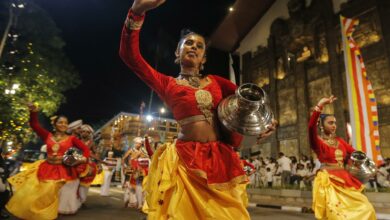