International Desk, Apr 12 (EFE).- Ukraine’s president warned on Tuesday that Russia could use chemical weapons in Ukraine as the far-right Azov Regiment accused Moscow of using a chemical substance in the holdout city of Mariupol.

In a Telegram message, Azov’s Andriy Biletsky claimed that Russia in recent hours had used an unknown poisonous substance at the Azovstal nuclear plant in Mariupol, injuring three people.

“Three persons are showing the clear signs of poisoning with warfare chemicals, but no catastrophic effects,” he said.

Investigations are underway to confirm a Russian chemical weapons attack.

President Volodymyr Zelenskyy warned in a speech that Russia could use chemical weapons in Ukraine, but stopped short of saying it had already happened.

“I would like to remind world leaders that the possible use of chemical weapons by the Russian military has already been discussed. And already at that time it meant that it was necessary to react to the Russian aggression much harsher and faster,” he said.

Zelenskyy also reported that the European Union has begun discussing a sixth package of sanctions against Russia.

“It is time to make this package in such a way that we would not hear even words about weapons of mass destruction from the Russian side,” Zelenskyy said.

“An oil embargo against Russia is a must. Any new package of sanctions against Russia that does not affect oil will be received in Moscow with a smile.”

One of the first international reactions to the Mariupol incident came from British Foreign Secretary Liz Truss, who has assured that the United Kingdom is investigating.

In a tweet, she said there are reports that “Russian forces may have used chemical agents in an attack on the people of Mariupol.”

“We are working urgently with partners to verify details. Any use of such weapons would be a callous escalation in this conflict and we will hold Putin and his regime to account,” she said.

“We cannot confirm at this time and will continue to monitor the situation closely.

“These reports, if true, are deeply concerning and reflective of concerns that we have had about Russia’s potential to use a variety of riot control agents, including tear gas mixed with chemical agents, in Ukraine,” said Kirby. EFE 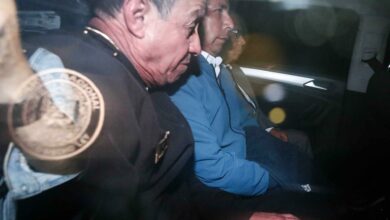