Jerusalem, Oct 5 (EFE).- A young Palestinian was killed and four others injured in an Israeli army operation in the Occupied West Bank on Wednesday, Palestinian authorities reported.

The Palestinian health ministry said Alaa Nasser Ahmed, 21, died after Israeli soldiers shot him in the head in the town of Deir al-Hatab in the West Bank city of Nablus.

Among the injured were two Palestinian journalists, according to the Palestinian Red Crescent medical services and Wafa news agency.

So far this year, a total of 110 Palestinians have been killed in incidents or clashes with Israeli troops in the West Bank, according to figures by the Palestinian health ministry.

Israel has conducted almost daily raids in the northern part of the West Bank since March, mainly in Nablus and Jenin.

The Israeli army launched the operation “Break the Wave” in the West Bank in early April, in response to five attacks perpetrated by Palestinians on Israeli territory, in which 18 people were killed.

Since then, some 2,000 Palestinians have been arrested amid operations that have resulted in the highest death toll in the territory since 2015.

Tensions in the area have escalated to the point that Palestinian youths with no political affiliation have established armed cells to act on their own.

This led Israeli authorities to criticize the Palestinian National Authority (PNA) for losing control on the ground and not acting forcefully enough against these groups.

The PNA, meanwhile, blames Israel for the deterioration of the security situation due to its spate of raids and killings.

Israeli settlers have taken to the street of Nablus recently to demand an army crackdown on Palestinians for the latest wave of attacks on military targets and settlers.EFE 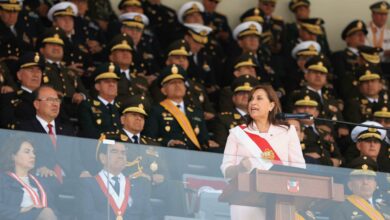