Three people who were aboard the ship have been rescued alive, while 17 people were missing.

Among the crew were 16 Spanish nationals, according to the shipowner’s documentation, while the rest were from Peru and Ghana.

The “Villa de Pitanxo” fishing vessel sank some 450 kilometers southeast of Newfoundland, according to the ship’s beacon.

Sources from Spain’s National Maritime Rescue Coordination Center confirmed to Efe that the ship issued two alerts but that attempts by authorities to make contact with the vessel on several occasions received no response.

Several fishing vessels fishing in the area were involved in the rescue efforts.

Another Spanish-flagged vessel found a raft with the three survivors and four bodies, as well as objects from the wreck.

All of them were on board one of the three life rafts that were located by the Canadian authorities, two of which were found “completely empty”, while the fourth was still missing.

The three crew members rescued so far were suffering from “hypothermic shock”, according to the government representative in the northwestern Spanish province of Pontevedra, where the ship was based. EFE 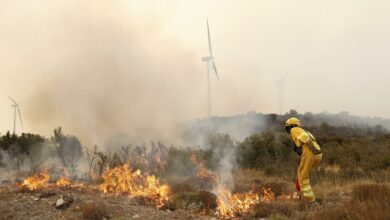