“Our government is not perfect, we have never claimed to be,” Morrison told reporters in parliament in Canberra.

“But we are up-front and you may see some flaws but you can also see what we have achieved for Australia in incredibly difficult times,” he said.

“You can see our plan. Our plan will deliver more and better jobs and the lowest unemployment seen in some 50 years.”

An Apr.3 survey, conducted shortly after the government delivered the national budget, gave the opposition Labor Party a 54 percent approval rating and 46 for the ruling coalition ahead of the polls for the fresh three-year parliamentary tenure.

The coalition, governing since 2013, currently has 76 seats, the bare minimum needed for a majority in the 151-member house. The Labor Party has 68.

Morrison has become the first Australian prime minister to survive in office for a full three-year term since 2007.

“This election, others will seek to make it about me (but) it is about the people watching this right now,” Morrison said.

“It is about them. What we have demonstrated over these past three years is the ability to make those decisions that has ensured that Australia’s recovery is leading the world.”

The announcement for election dates has set up a six-week campaign, pitting the Liberal-National Coalition against the Labor Party led by Anthony Albanese. EFE 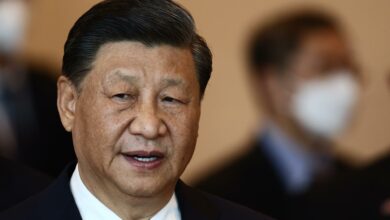