(Update: changes headline, lede, adds detail) Colombo, Jul 13 (EFE).- Sri Lanka declared a state of emergency on Wednesday after president Gotabaya Rajapaksa fled to the Maldives amid massive protests, leaving the island nation in a state of chaos. The ongoing political crisis took an unexpected turn after Rajapaksa appointed prime minister Ranil Wickremesinghe, who was also expected to resign on Wednesday, as interim president. Rajapaksa announced this week that he would formally resign on Wednesday following intense protests that culminated in hundreds of protesters storming his official residence during the weekend. Wickremesinghe said he would resign on the same day, although the decision had not been made official. Although the acting president imposed a curfew to quell the protests, tens of thousands of demonstrators took to the streets of Colombo to demand Wickremesinghe’s immediate resignation. “We will take to the streets until we have a leader who can solve this crisis (…) We need someone young and someone outside this political system. They are corrupt,” a protester, Tani Abeykoon, tells Efe. Protesters stormed the headquarters of the Sri Lankan state television channel and interrupted broadcasts. “Until the struggle is over, Sri Lanka Rupavahini Corporation (national television network) will only broadcast programs about the suffering of the people,” a protester said on air before the signal was cut. On Monday, Wickremesinghe held a meeting with his cabinet in which they agreed to hand over power if an agreement to form a cross-party unity government was reached. According to the Sri Lankan Constitution, Parliament can only appoint an interim president once the president and prime minister both formally resign. Sri Lanka is facing one of the worst economic crises since its independence in 1948 due to a fall in foreign currency reserves and massive debt. Tensions escalated on the island at the end of March, when the authorities imposed 13-hour long power cuts, which triggered protests calling for the government to step down. Since then, hundreds of protesters have occupied the vicinity of the Presidential Secretariat in Colombo and protests across the island nation have become commonplace as authorities try to secure a bailout package from the IMF. EFE aw-igr/mp/ks 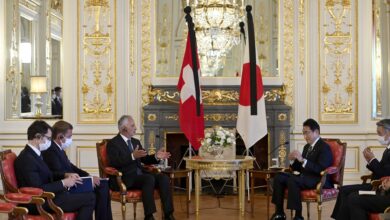 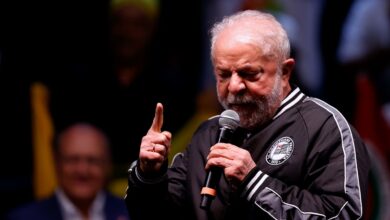