Quito, Apr 29 (EFE).- Ecuador President Guillermo Lasso on Friday decreed a state of emergency in three provinces on the coast of the country to combat organized crime.

The measure includes a night curfew in three villages and the deployment of 9,000 uniformed police and military personnel.

The state of emergency will come into force from midnight on Saturday in the coastal provinces of Guayas, Manabi and Esmeraldas, bordering Colombia, while in the parishes of Esmeraldas, Eloy Alfaro (Guayas) and Jimenez Pascuales (Guayas) there will be a curfew from 11pm to 5am for 60 days.

Lasso, in a televised message, announced that his government will take “the fight against the criminals” to their territory, and “the streets will feel the weight” of the law enforcement.

Lasso’s decision comes amid growing violence on the country’s coast by organized criminal gangs focusing mainly on drug trafficking and some with links to drug cartels in Mexico and Colombia, according to Ecuadorian authorities.

Gruesome scenes such as the appearance of decapitated persons and the killings of hitmen have become increasingly frequent in these areas, mainly around Guayaquil, capital of Guayas, whose port is used as a launchpad for cocaine produced in Colombia, Peru and, to a lesser extent, Ecuador.

This violence has also added a bloody chapter in the prison crisis in Ecuador, where nearly 400 prisoners have died in the last two years in different gang related confrontations.

Lasso has almost completed a year in office, during which the Covid-19 pandemic and violence due to organized crime have been the main challenges. EFE 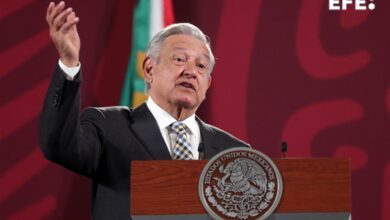