Brussels, Dec 5 (EFE).- An embargo by the European Union on all imports of crude oil produced in Russia and transported to the bloc by sea as well as a cap on the price of a Russian barrel of seaborne oil to a maximum of $60 agreed by Western allies kicked in on Monday.

The EU-wide embargo, which includes exemptions for Hungary, affects 90 percent of Russia’s crude oil imports to the 27 member states before its invasion of Ukraine in February this year.

Since March, the bloc has stepped up efforts to reduce its dependence on Russian fossil fuels.

The European Commission said on Saturday that the price cap “does not affect in any way the full EU import ban on Russian crude and petroleum products and the specific exceptions and derogations thereunder which were already agreed in previous sanctions packages.”

It took several meetings for EU ambassadors to agree upon a price cap on Russian crude oil, which is also backed by the G7 countries and Australia.

United States Treasury Secretary Janet Yellen, who proposed the cap, said recently that the move will “help us achieve our goal of restricting Putin’s primary source of revenue for his illegal war in Ukraine while simultaneously preserving the stability of global energy supplies.”

The main stumbling block was Poland which, along with the Baltic states, demanded a much lower price cap and that the bloc impose tougher sanctions on Moscow.

In contrast, Greece, Cyprus and Malta, whose shipping industry transports a large volume of Russian oil to other parts of the world, proposed a price cap that would not impact their shipping companies’ business.

The EU also prohibits European operators from providing insurance and financing to shipping companies that transport crude oil purchased above the price cap.

The measure includes a mechanism to review the cap every two months that will allow it to be adjusted downward if the price of oil in international markets falls below that figure.

This is to ensure that the cap remains at least 5 percent below market price.

It also includes a 45-day transition period that will allow European operators to offer transportation and financial services for Russian-origin crude oil that was shipped before Monday and arrives at the port of destination before Jan. 19. EFE 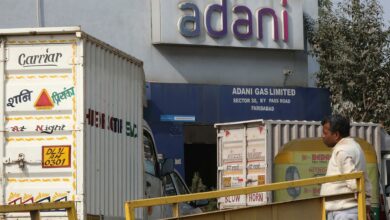