The Spanish Air Force A400 can transport around 100 personnel and was the first of three planes sent by Madrid to Kabul airport via Dubai.

“The first Spanish airplane has now left Dubai for Kabul to evacuate the first group of Spanish nationals and Afghan collaborators,” prime minister Pedro Sanchez said in a tweet Wednesday.

The first group to be evacuated include the embassy staff, a handful of Spanish residents of Afghanistan and an initial group of Afghan nationals who worked with the Spanish mission in recent years, as well as their families.

The first Lufthansa plane with German returnees arrived in Frankfurt Wednesday morning from the Uzbek capital Tashkent, where they had been evacuated to from Kabul.

In a statement, the German airline said: “Lufthansa is setting up an air bridge to Tashkent and Doha at short notice to support the German government with special flights during the evacuation.”

The German military has evacuated seven, 129 and 139 people on three flights, with four more between the Afghan and Uzbek capitals planned for later on Wednesday.

“The German army’s mission is clear: to get as many people out while it is still possible,” German Defense Minister Annegret Kramp-Karrenbauer said Tuesday.

Belgium’s repatriation efforts are to be conducted via a safe corridor between Kabul and Islamabad before returning to Brussels, a process which is expected to last several days, the foreign minister Sophie Wilmès said.

The Belgian secretary of state for asylum and migration, Sammy Mahdi, said Afghan nationals who worked as interpreters or assisted Belgian forces would be granted humanitarian visas, adding that it was a “moral duty.” 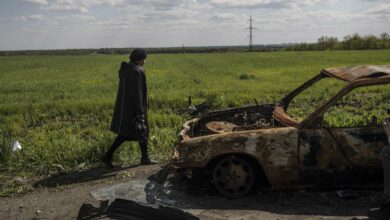