Tegucigalpa, Jul 14 (EFE).- At least four men, including a son of Honduran ex-President Porfirio Lobo, were gunned down in this capital in the wee hours of Thursday after leaving a nightclub in two vehicles, local media reported.

In remarks to reporters at the crime scene, Lobo confirmed that his son, 19-year-old Said Lobo Bonilla, was one of those killed.

The victims also included 23-year-old Luis Zelaya, a relative of the ex-head of the Honduran armed forces’ Joint Chiefs of Staff, Romeo Vasquez, who said at the crime scene that the young men “were ordered down from the vehicles and killed” with gunshots to the head.

The other two victims were identified as Salomon Velasquez and Norlan Enrique Rodriguez.

The incident occurred at around 2 am at the entrance to the parking lot of the Torre Morazan building, alongside a Tegucigalpa boulevard.

Several of the gunshots struck one of the walls of the building.

The former director of Honduras’ Institute of Forensic Medicine, Denis Castro, said the images he has seen indicate the crime had been planned in detail.

Criminal violence in Honduras costs the lives of between 10 and 13 people every day, according to figures from police and human rights organizations. EFE 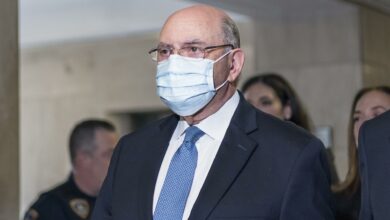