Johannesburg, Mar 19 (EFE).- Four Bengal tigers, who were caged for 15 years in central Argentina, set foot on grass for the first time in South Africa where the Four Paws NGO found the animals a new home.

“The first one is afraid to go out,” Amir Khalil, leader of the international rescue project, tells Efe during the heartwarming moment when the tigers were released a week ago at the Lionsrock sanctuary.

“He was shivering because in his life, 15 years, he has only watched the grass not knowing what it is,” Khalil adds. “He just sits in his crate and looks outside, it’s wonderful nature outside, but he never knew what it was.”

Initially, there were only two tigres who had been allegedly abandoned by a circus in the province of San Luis, central Argentina.

Another two cats later joined them in the cramped and deplorable conditions.

The animals remained caged, with serrated fangs and clipped claws because there was no appropriate place to which they could be transferred in Argentina.

The rescue mission was a first for Four Paws in Latin America and bureaucratic and logistical challenges, including securing permits from authorities of both countries and conducting PCR tests on the tigers, have abounded during the process.

“And my answer to him was (…) these animals were innocent animals that were locked for 15 years. So I think each second counts,” he adds.

After a journey of over 70-hours, the four tigers finally stepped into the Lionsrock Big Cat Sanctuary located 300 kilometers south of Johannesburg.

The tigers will be able to live outdoors for the first time in a natural habitat and will be cared for by experts.

The Four Paws veterinarian hopes that it will pave the way for many more missions in Latin America, where many wild animals are caged in unsuitable conditions.EFE 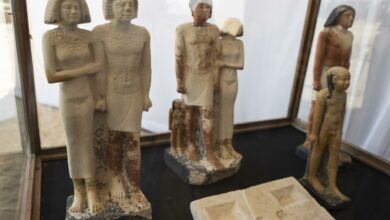