Chanting “Pensions for the cane-cutters!,” a group that included both current and former the participants marched down a major thoroughfare in Santo Domingo.

“There is a serious problem with President Luis Abinader,” Sugar Workers Union coordinator Jesus Nuñez said, recalling that while the then-candidate promised “justice for the cane-cutters” during the 2020 election campaign, the retirees of Haitian origin have yet to receive anything.

Alexander Raimon, 69, said that after working 47 years on a sugar plantation in the southeastern province of La Romana, “I have no pension, I have no health insurance. I’m sick and they gave me 45 days to leave my house.”

“I have given my life in the cane fields,” he said.

Speaking through a megaphone, Nuñez denounced the exploitative working conditions imposed on sugar workers and read aloud from a letter to Abinader.

The message not only demanded pensions for all cane-cutters, it dismissed the sugar industry pay hike Abinader announced last week as a “deception and a mockery.”

The government proclaimed an increase in the minimum pay for eight hours’ labor from the equivalent of $3.50 to $7.00, a wage Abinader called fair and “decent.”

But the participants in Tuesday’s protest said that employers pay them for the quantities of cane harvested or processed, not their time.

The union wants the government to establishment minimum pay of around $10 a day and to reduce the working day in the fields from the current 14 hours to a maximum of eight.

More broadly, Nuñez called for an effort to “humanize” the conditions for sugar workers, who live on plantations that mostly lack electricity, clinics and schools.

Haitians are thought to make up the majority of the workforce in the Dominican sugar industry.

In the past, the Dominican government cited unofficial estimates of around 1 million Haitians living in the country, most of them illegal immigrants working in agriculture and construction.

The Dominican Republic and Haiti share the Caribbean island of Hispaniola, with Haiti in the western portion. While both countries are poor by global standards, Haiti is destitute. EFE 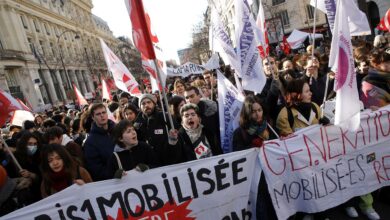 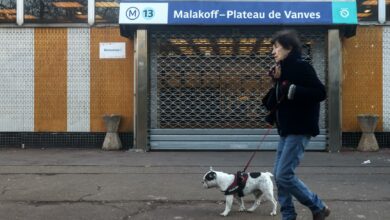