Tokyo, Nov 30 (EFE).- The unemployment rate in Japan ticked down to 2.7 percent in October, which is one-tenth less than the previous month, the government data showed on Tuesday.

The ministry of interior and communications data showed that the number of unemployed remained 1.82 million people in October, which means a year-on-year decrease of 320,000 people or 14.9 percent.

The joblessness drop in October coincides with the lifting of emergency and ending the restrictions the government had imposed to contain the virus outbreak.

The curbs mainly affected the services sector and restaurant sectors and took away several temporary jobs.

However, the emergence of the newest Covid-19 variant, Omicron, marked as a variant of concern by the World Health Organization, has triggered fresh worries and fears about economy-crippling global lockdowns.

Japan on Tuesday banned new entries by foreigners globally for at least one month to avert the outbreak of the Omicron variant in the country.

“Preliminary data suggests that there are increasing rates of hospitalization in South Africa, but this may be due to increasing overall numbers of people becoming infected, rather than a result of specific infection with Omicron,” the WHO said.

In Japan, health authorities have not detected any infection from the new variant, even as a person from Namibia was under investigation after testing positive for Covid-19. EFE 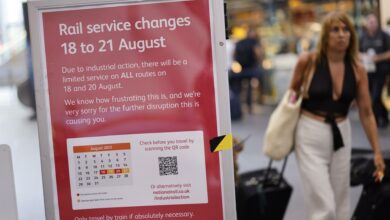