Washington, Apr 19 (EFE) – American actor, producer and musician Johnny Depp said on the stand Tuesday during his defamation case against his ex-wife Amber Heard that he has never struck a woman in his life.

“Never did I myself reach the point of striking Ms. Heard in any way, nor have I ever struck any woman in my life,” the 58-year-old actor said at the start of his testimony in the trial, which began last week in Fairfax, Virginia.

Known for his role as eccentric pirate Jack Sparrow in the Pirates of the Caribbean fantasy swashbuckler film series, Depp is suing the 35-year-old Heard over an op-ed she wrote in the Washington Post in 2018, two years after their divorce.

Without mentioning Depp by name, she said in that piece that she had been the victim of domestic abuse.

The actor said he took legal action to clear his name and that his goal is for the truth to be known.

“I felt it was my responsibility to clear my name and my children of this horrid thing that they were having to read about their father,” he said. “My goal is the truth, because it killed me that people I’d met over the years … would think that I was a fraud and had lied to them.”

Dressed in a suit and tie and wearing a ponytail, he said Heard’s allegations have had a detrimental impact on his career.

“One day you’re Cinderella, so to speak, and then in 0.6 seconds you’re Quasimodo,” said Depp, who was dropped from the Pirates of the Caribbean franchise not long after Heard’s op-ed was published. “I didn’t deserve that and nor did my children, nor did the people who had believed in me all these years.”

Asked about his relationship with his mother, Betty Sue Palmer, the actor said that as a child he suffered constant physical abuse from her, including being beaten with a belt.

A year and a half ago, a judge in the United Kingdom ruled against Depp in a libel case in which he accused the publisher of the Sun newspaper of defaming him in an article that described him as a “wife beater.”

Heard participated as a witness in that trial, in which the judge ruled that the allegations against Depp in a 2018 Sun article were “substantially true.”

Depp said in the suit against his ex-wife, filed in March 2019, that her accusations were an “elaborate hoax” aimed at boosting her public image and making her a “darling of the #MeToo movement.” EFE 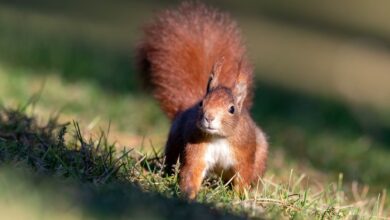