Madrid, Feb 21 (EFE).- A political quarrel between the leader of Spain’s conservative Popular Party, Pablo Casado, and the regional president of Madrid, Isabel Díaz Ayuso, widely considered one of the party’s rising stars, spilled into a new week on Monday despite efforts to turn the page on the in-fighting.

Senior PP officials, including regional leaders, have called for a truce but opted against taking sides, at least publicly.

The infighting erupted in the PP after Casado’s team called for an investigation into allegations that Díaz Ayuso’s brother benefited from a supposedly dodgy facemask deal made by her government at the beginning of the pandemic.

Díaz Ayuso hit back with claims that her own party’s leadership was trying to discredit her and that she had been spied on. The probe was dropped over the weekend after the PP said it was satisfied with the information provided by the Madrid leader.

The problem, however, did not go away.

Casado, who is coming under growing pressure to call a snap party congress, convened the upper elections of his party on Monday to review the situation. At the same time, Díaz Ayuso inaugurated a library in one of Madrid’s outlying towns, Boadilla del Monte, where she criticized the state of the PP.

“It was never an Ayuso-Casado war, I’ve never plotted to replace him — my place is Madrid,” she said.

“There needs to be an about-turn (in the PP),” she said, describing the situation as unsustainable and “getting worse each day.”

“We will see in the coming days whether or not there needs to be resignations in the PP, but the damage inflicted on the Community of Madrid (the regional government) cannot go unanswered.

“I cannot look the other way and pretend nothing has changed.”

Her message came a day after thousands of her supporters gathered outside the PP’s national headquarters in central Madrid to call on Casado to step down.

Díaz Ayuso commands loyal support among Madrid’s right-of-center voters as was evidenced by her landslide victory in last year’s snap elections, which she herself called to end her party’s reliance on a coalition format in the regional chamber.

The original investigation into Díaz Ayuso sought to cast light on her government’s deal to secure PPE from China via a Spanish company in a contract worth 1.5 million euros (roughly $1.7 million).

The regional president acknowledged that her brother received a payment of 55,580 euros for securing the delivery of masks from China to Madrid, but insisted it was legal. Casado had talked of a sum worth 286,000 euros.

Pablo Casado’s PP has led the country’s opposition since the ousting of his predecessor Mariano Rajoy.EFE 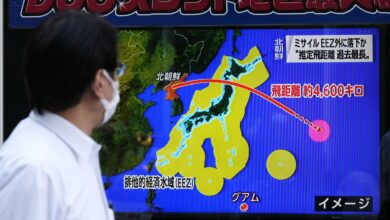 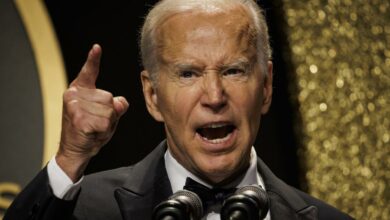 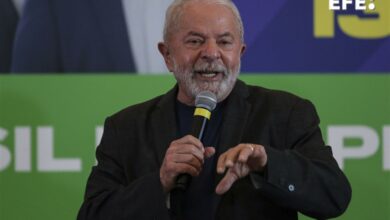