Sports Desk, Feb 26 (EFE).- Phil Foden broke through in the 82nd minute to give defending Premier League champions Manchester City a 1-0 away victory over Everton on Saturday, while cross-town rivals Manchester United were held 0-0 by Watford.

A reaction was expected from City after their 3-2 loss a week ago to Tottenham Hotspur, yet Everton kept the leaders at bay with solid defense and some timely interventions by goalkeeper Jordan Pickford.

But a breakdown at the back allowed Bernardo Silva’s cross to find Foden in front of goal and the striker fired home.

The Toffees and the crowd at Goodison Park were stunned minutes when officials refused to give a penalty for a hand ball in the box by Rodri, insisting that Richarlison was offside before the infraction occurred.

City took all 3 points to improve to 66, 6 better than Liverpool, though the Reds have a game in hand. Everton, after a third loss in four games under new coach Frank Lampard, are just 1 point above the drop zone.

Hours earlier at Old Trafford, United were forced to settle for a point against 19th-place Watford.

While the hosts had 68 percent possession and outshot the Hornets 22-10, the usually accurate Cristiano Ronaldo and Bruno Fernandes struggled with accuracy, and the hero of the midweek Champions League draw with Atletico Madrid, Anthony Elanga, also missed the mark.

Man United retain their grip on 4th place, but they lead Arsenal by only 2 points and the Gunners have played three fewer matches.

Newcastle United continued to make progress under new coach Eddie Howe with a 2-0 win Saturday over Brentford, a result that vaulted the Magpies to 14th place.

Yet much of the wider interest in the match was due to the presence of Brentford’s newest acquisition, Christian Eriksen, who came in as a sub early in the second half to a thunderous ovation from Bees fans and the traveling Newcastle supporters.

The Danish international’s return to the pitch came more than seven months after his suffered cardiac arrest playing for Denmark in the Euro Cup. EFE apa/dr 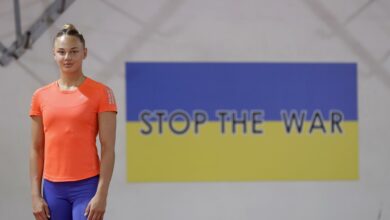