Baghdad, Sep 28 (EFE).- Millions of people on Tuesday participated in the Arba’een Pilgrimage in the holy southern Iraqi city of Karbala, one of the most important rituals of the Shiite calendar, amid security and health restrictions.

Due to the coronavirus pandemic, only 40,000 foreigners have been allowed to take part in the ritual, where a large health team has been deployed.

Over the past few days, the city has received “millions of visitors” from different Iraqi cities to perform the Pilgrimage, Karbala Police Lieutenant Colonel Abas al-Hayani told Efe.

Besides the Iraqi citizens, who arrived in the city on foot, people from Iran, Lebanon and the Gulf took part in the rituals, according to the source.

This annual pilgrimage commemorates the 40 days after the martyrdom in 680 of Imam Hussein, grandson of the Prophet Muhammad and son of Imam Ali, considered the main religious figure for Shiite Muslims.

A large health team has been deployed at the entrances of the city to help the pilgrims, while the security forces have been working over the past few days to prevent incidents, he added.

During the pilgrimage, the battle in which Imam Hussein died is recreated.

As a show of solidarity with the sacrifice of Hussein, the pilgrims beat and flog their chests and faces, also to express their sadness at the death of this important figure for the Shiites. EFE 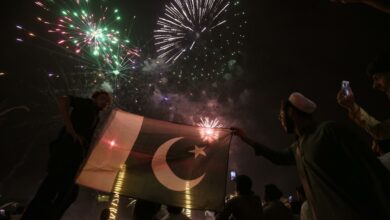