“We have seen no indication that President Putin has changed his ambition to control the whole of Ukraine and also to rewrite the international order,” Stoltenberg said at the start of a two-day meeting of Nato foreign ministers.

He reiterated that Moscow is preparing an offensive in eastern Ukraine to control all of the Donbas, and urged the alliance “to support Ukraine, sustain our sanctions, and strengthen our defenses and our deterrence, because this can last for a long time and we need to be prepared for that,” he said.

While he again urged Putin to withdraw his troops from Ukraine “now” and reach a political solution, he predicted that the conflict could last for “many months, even years.”

He also referred to the alleged massacre of civilians in Bucha: “This reveals the true nature of President Putin’s war”.

“The targeting and killing of civilians is a war crime and therefore, Nato allies are supporting the international efforts to establish all the facts, to investigate, and to make sure that perpetrators are punished,” he added. EFE 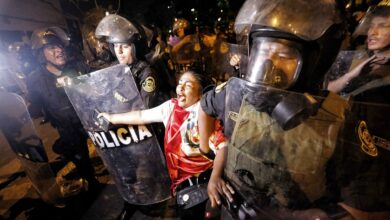