Tuesday’s incident occurred as the minister was traveling on a rural road near the town of Temucuicui – more than 500 kilometers (310 miles) south of this capital – to meet with a prominent local indigenous leader.

Siches, who was accompanied by five other ministers when they came upon a burning car and heard nearby bursts of gunfire, was taken to a nearby police station as a precautionary measure.

“The government won’t backtrack on its plan to seek dialogue and engagement in that territory. We understand that what’s happening here is violence, but also a lack of government presence,” Siches, Chile’s first female interior minister, said later in a press conference.

The six members of new Chilean President Gabriel Boric’s Cabinet traveled to Araucania to make preparations for ending a state of emergency, a measure that has been in effect in that region since last October and is to be in force until March 26.

“Anyone who intends to or believes they can intimidate the minister is very mistaken,” government spokeswoman Camila Vallejo said from Santiago.

Araucania and other regions of southern Chile have endured a wave of recent violence.

The majority of the episodes have pitted government security forces against Mapuche indigenous people and involve lands that the latter inhabited for centuries but now mostly belong to large agricultural enterprises and forestry companies.

Arson attacks on heavy machinery and private property occur almost daily amid a conflict that has claimed the lives of both Mapuches and Chilean police.

The region’s militarization is counterproductive and is not contributing to a reduction in violence, according to the new administration, which instead says a solution much be sought through dialogue.

The governor of Araucania, Luciano Rivas, said for his part that Tuesday’s incidents are “what many people in the area experience” on a daily basis.

Local media showed signs in Temucuicui with messages denouncing the government’s plans, including one that read, “As Long As There Are Mapuche Political Prisoners, There Will Be No Dialogue.”

Siches traveled to meet with Marcelo Catrillanca, a well-known local indigenous leader and father of Camilo Catrillanca, a young Mapuche farmer who was killed in 2018 by Chilean police in an incident that led to nationwide protests against police violence and a major law enforcement shake-up.

“I think there are good intentions on the part of the government, but you have to understand the situation here. We don’t trust governments,” said Catrillanca, who eventually met with Siches at another site.

“What we’re seeing is a warning by the most violent groups. The big problem this attack reveals is the absence of the rule of law in some areas of the country,” Mauricio Morales of Chile’s University of Talca told Efe. EFE 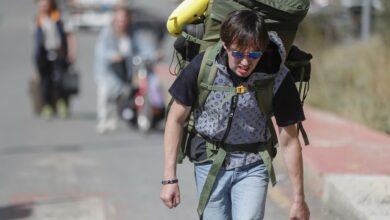 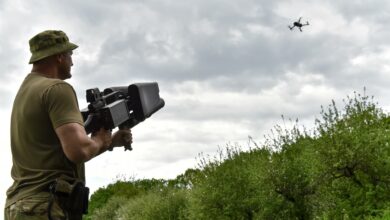 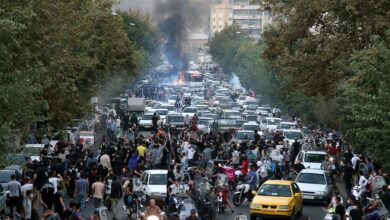