The novel, a tale of two close friends looking for love as they navigate a confusing but beautiful world, will be the third book released by Rooney, who was critically acclaimed internationally for her previous works Conversations With Friends, and Normal People.

Fanfare around the release in the United Kingdom prompted some 50 bookshops to open their doors earlier than usual to allow the most excited readers to get their hands on the new release as soon as possible.

Chrissy Ryan, creator of BookBar, told Efe: “We have had the most incredible morning. We opened at eight o’clock, and I got to the shop and there were already cues outside at seven in the morning and we’ve been celebrating with the goodie bag that Faber & Faber have given to us to give to our first customers.”

“We are a new bookshop, this is the first event that we have hosted like it, hopefully there will be many more. It reminds me a lot of the days when we used to queue outside bookshops at midnight to get our Harry Potter book, and I feel like it is the same generation now, as adults who are buying Sally Rooney.”

To meet international demand for the anticipated novel, the book, edited by Faber & Faber, was released simultaneously in English and Spanish.

Emma DiNapoli was one of those lining up to bag a copy and touched one what draws her to Rooney’s writing.

Normal People has been published in 46 countries, and was taken to the screens by a successful TV adaptation that was watched over 62 million times, becoming one of the most popular BBC iPlayer series in 2020. EFE 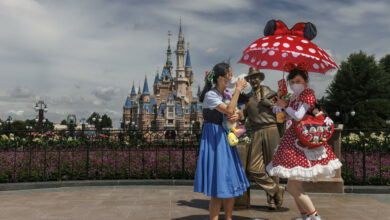 India hikes interest rates to 6.25% due to inflation