Oviedo, Spain, Nov 4 (EFE).- A goat cheese from southern Spain won the award for the world’s best cheese at the World Cheese Awards, which took place in the Spanish city of Oviedo.

The cheese, called Olavidia, is produced by family company Quesos y Besos in the town of Guarromán, located in Spain’s Andalusia region.

It rose above over 4,000 different cheeses submitted from 48 countries to win the coveted award at the World Cheese Awards late Wednesday.

The judges noted the “great quality” of the goat cheese and the “meticulous” work that goes into its production.

The creators of the winning cheese are Silvia Peláez and Paco Romero, who set up shop in 2017.

The Olavidia goat cheese is made from slowly-pasteurized milk collected from their own livestock and matured between 15 to 20 days.

Throughout Wednesday, the 250 judges on the panel made their way around the 85 tables at the competition to assign points to the more than 4,000 cheeses submitted for the award.

Points were allocated based on different criteria such as smell, texture, taste, presentation and technical ability.

One of the 47 cheeses per table was then awarded the Super Gold award, giving it a ticket to the semi-final. The competition was then shaved down to just 16 before the final winner was announced. EFE 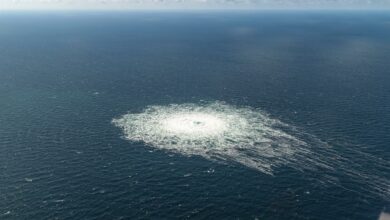