Tokyo, Sep 20 (EFE).- Tokyo and Seoul have agreed to work towards an “early resolution” of a long-standing bilateral dispute over forced labor of Koreans during the Japanese occupation.

Japan’s Foreign Minister Yoshimasa Hayashi and his counterpart Park Jin “appreciated the constructive exchanges taking place between the diplomatic authorities, and continued discussions between the two countries toward an early resolution of the issue in order to restore a sound relationship,” the Japanese foreign ministry said in a statement on Tuesday.

Hayashi and Park addressed the matter during a meeting in New York on the sidelines of the United Nations General Assembly.

Their meeting is being seen as a possible precursor to a summit between Japan’s Prime Minister Fumio Kishida and South Korea’s President Yoon Suk-yeol.

The 55-minute long meeting between the foreign ministers comes as Seoul explores how to deal with a series of court rulings that ordered the liquidation of assets seized in the country from several Japanese companies sued for subjecting South Koreans to forced labor during Japan’s occupation of the Korean Peninsula between 1910 and 1945.

The companies have not complied with the South Korean courts’ rulings as Tokyo maintains that all compensation for the more than a million victims enslaved by Japanese companies was settled during the 1965 Treaty on Basic Relations. In accordance with the treaty, Japan donated $300 million to the neighboring country.

Yoon’s government established a public-private consultative body in July to prevent the liquidation of assets of Japanese companies that could lead to a further deterioration in bilateral relations.

Yoon, who won the presidential election in March, advocates improving relations with Japan after the estrangement between the countries during the tenure of his predecessor, the liberal Moon Jae-in.

During the meeting, Hayashi and Park also agreed on the “importance of promoting Japan-(South Korea) and Japan-US-(South Korea) cooperation in the current strategic environment.”

The foreign ministers agreed on “further cooperation in responding to North Korea,” which has recently revealed a shift in its defense strategy to strengthen its nuclear program. EFE 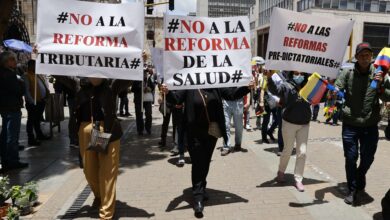