Lviv, Ukraine, Jun 12 (EFE).- The Ukrainian military is still in control of the city of Severodonetsk, local military authorities announced on Sunday, denying Russian claims that the Azot chemical plant is besieged.

“Azot is not blocked, fighting is going on in the streets next to the plant,” Serhiy Haidai, head of the Luhansk Regional Military Administration, told local TV.

Russian troops were planning to intensify their attacks in a bid to seize the eastern Ukrainian city in Sunday or Monday, he added.

Russia says it is already blockading the plant, where it is apparently trying to repeat the scenario that led to the fall of Mariupol’s Azovstal steelworks and allowed them to gain control of the Luhansk region.

Haidai already denied on Saturday that Severodotsk had fallen, while president Volodymyr Zelenskyy described the siege on that city as “brutal”.

Zelenskyy has been calling on Western countries to provide his country with heavy weapons to stop the Russian offensive in the east of the country, where ammunition is also becoming scarce. EFE 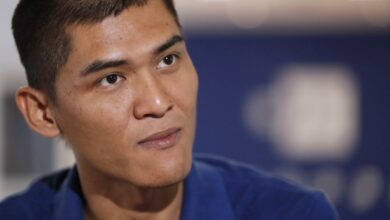