Caracas, Aug 9 (EFE).- Caracas residents consider their city to be “green” because of the large amount of vegetation there, but complaints about extensive pruning and indiscriminate cutting down of trees are becoming more frequent both in the capital and in other Venezuelan cities, which are experiencing ongoing attacks on the environment.

The director of the Ciudad Laboratorio organization, Cheo Carvajal, told EFE that cutting down trees in Caracas is not new and the loss of assorted trees of different species has been an ongoing problem, but nowadays the problem has become more acute.

Although Venezuelan law establishes criteria according to which a tree may be pruned, Carvajal added that currently other reasons are being added that are not necessarily valid or justified.

He noted that the expansion of the Gran Mariscal de Ayacucho highway eliminated hundreds of types of trees so that another lane could be added to the roadway.

Also, trees have been cut down for new construction of other sorts, for instance to have better traffic movement at the entrances to parking lots or at residential buildings because “they affect the view since they’re on a hill and so the tree is in the way or doesn’t allow you to see the city.”

“All those reasons are at work there and there’s very little institutional willingness to say no, we have to protect the trees because they’re a common asset and are important for life in the city,” he said.

According to the Forest Law, municipal authorities can issue permits for cutting and pruning trees for safety and maintenance reasons, except for certain types, which must have the approval of the Ecosocialism and Environment Ministries.

Carvajal said that the valid reasons for cutting down a tree are, for example, that it endangers people or a building, but first a study must be done to determine whether or not a threat truly exists.

The municipal ordinances issued by the Caracas districts of Baruta, El Hatillo and Libertador say that cutting trees is only permitted when they pose an immediate danger to people or property; when due to age or disease it’s not possible to recover the tree; or when it’s not possible to transplant it and a technical study has shown that it would be impossible to allow it to remain in place.

In addition, when a tree is to be cut between eight and 10 new trees must be planted “but here many people play around with that and say: I gave my eight trees to the ministry. And it’s up to you to know where they were to be placed or if they were really planted.”

The activist said that for a number of years now the local municipalities have not done any maintenance or preventive pruning.

“So, the tendency is, since we have a problem with the trees, to do even more severe pruning, which in some cases people are calling mutilation,” he said.

Carvajal added that it’s normal for incorrect cutting to be performed that rips up the bark, allowing parasites or pathogens to enter the trees, weakening them and subsequently they must be completely removed.

He said that the local city halls are arguing that they don’t have sufficient budgets to do frequent maintenance on the trees.

“That institutional area was weakened, and the people who did the pruning were not experts, since you need someone who knows how to do it. So, they hired a team that came in and hacked them up,” he said.

The activist also acknowledged that citizens don’t always go to the local authorities to get the proper permit for cutting or pruning trees and they often hire people on their own to come and do the job.

Complaints of improper tree cutting are also coming from other parts of the country. In June, residents living near, and professors teaching at, the Los Llanos Ezequiel Zamora University in the city of Guanare complained that eucalyptus trees there had been marked for possible removal.

Two days later, university authorities said in a statement that the marking had been done for a diagnostic study by university firefighters to determine if the trees represented any danger for vehicles and passersby in the area.

A month ago, residents of the municipality of Junin in Tachira state complained that at least 20 types of trees had been cut down without their consent. 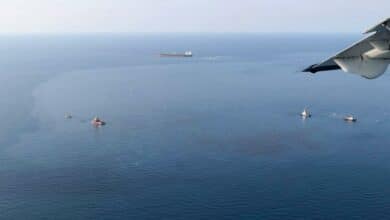 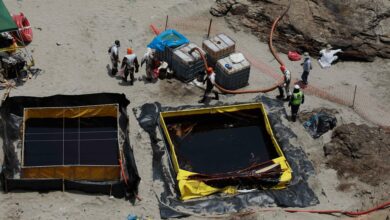 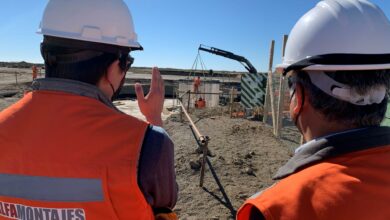 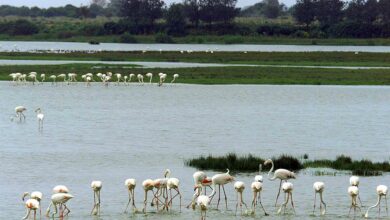