Sports Desk, Jun 12 (EFE).- Wales opened their Euro 2020 campaign with a hard fought 1-1 draw against Switzerland in Baku on Saturday.

Led by Gareth Bale, the Welsh team struggled to get on the ball during the first half, although Switzerland were unable to turn their possession into any meaningful chances.

The Swiss came out in the second half with more purpose, and were soon rewarded with the opening goal in the 50th minute when Breel Embolo, comfortably Switzerland’s best player, nodded in a Xherdan Shaqiri corner from inside the six yard box.

Despite the sweltering conditions in the Azeri capital, Wales did not wither, and deservedly equalized 20 minutes later when a short corner routine was headed in by Kieffer Moore.

Switzerland thought they had secured a late victory, but Mario Gravanovic saw his goal disallowed for offside. EFE 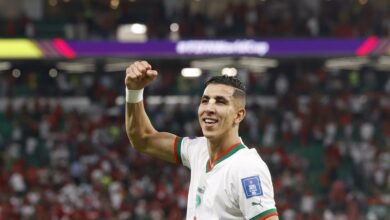